There are certain genres, new and old, that will probably never go out of style. Science Fiction will always have a place in Hollywood as will the staples of drama, comedy and action/adventure. But those sub genres – I’m talking the “chick flick” the “bromance” or the “buddy” film to name a few. Those, so it would seem, are a bit on the trendier side and while they can be entertaining, are a bit more hit and miss. Yes, they can make 5 Die Hard movies or 6 Rocky’s and we’ll see them all knowing full well what to expect, but the target audience for a “chick flick” is a bit more risky. Having received the press release for How to be Single, I had no idea what it was about. I’d recognized Rebel Wilson, so figured it was another Pitch Perfect movie. Nope.  I looked on the IMDb and saw that its release date (in theaters) was February 11. You don’t have to be a rocket scientist to figure out Warner’s marketing scheme here – Valentine’s Day date movie.  After watching the trailer (a bad habit I’ve gotten myself into), the movie was about four professional women in New York looking for love. Is it me, or hasn’t that been done – time and again – with Sex and the City? Nevermind, let’s see what all (if any) of the fuss is about.

Alice (Dakota Johnson) has been in a long term romance with Josh (Nicolas Braun), but decides to pull the plug just before she moves to the Big Apple. Alice has the delusion that she’ll show up in New York and take the world by storm. Good luck with that. She also wants one last taste of the single life before she decides to settle down.  Moving on we meet Robin (Rebel Wilson) who instantly befriends Alice and the two cut a wide berth through the city that never sleeps. Alice meets Tom (Anders Holm) and the two exchange “pleasantries” though it’s quite clear that Tom has a thing for Lucy (Alison Brie), someone who’s looking for Mr. Right in all th wrong ways (and places). Finally we meet Meg (Leslie Mann), a doctor who’s biological clock is ticking away and she wants to have a child before mother nature tells her it’s too late. And it goes on like this. There are laughs. There is drinking (a lot of it). And there is the predictable ending. The end.

If done right, any movie can be entertaining. Some of my favorites aren’t “highly acclaimed” but rather things that just make me laugh (and even cry). I get the premise here, it’s not that difficult a concept to grasp. But the execution is done all wrong. Leslie Mann seems a bit out of place here, Rebel Wilson is, evidently, the new female Chris Farley in that she plays the same character in just about every movie she’s in (hey, it’s working for her) and Alison Brie and Dakota Johnson seem to be mailing it in. Then again Warner’s Valentine’s Day films aren’t exactly known for being award-sweethearts. See what I did there? If you liked movies like Valentine’s Day, He’s Just Not that Into You or Sex and the City – this might be for you. Otherwise, I’d skip it and watch Deadpool again (which came out the same weekend – and guess what everyone saw).

As expected How to be Single looks just as I thought it would, glossy and colorful. There are plenty of scenic shots of New York in case you forgot – the movie takes place there. Plenty of night life shots in bars and discos are showcased as well.The interiors are very warm with bright colors adorning the walls and so forth. Detail is great and though the stars of this film have no noticeable flaws physically, if they did we’d be able to see them. I caught a little bit of noise in some of the background scenes (namely the sky) that detracted from the score a bit, but on the whole it’s a very warm transfer that is what we’d expect of a new to Blu-ray film.

The DTS HD Master Audio track didn’t exactly light up the speakers and it wasn’t supposed to. This is about as dialogue-driven as they come with every character gabbing about this and that in essentially every scene. There aren’t a lot of opportunities for the audio to really make a statement, though some of the songs played during the film do sound above average. There’s not a whole lot to say here, I’ve said it hundreds of times before and I’ll say it again – it serves its purpose and nothing more.

How to be Single isn’t horrible; it’s just horribly predictable. I found some enjoyment in a few of the scenes, but it’s so similar to so many other films I’ve seen, I just felt like I knew what was going to happen about five minutes in. Still, some of the performances are good and while the Blu-ray isn’t demo material, the technical specs of the disc are generally acceptable. 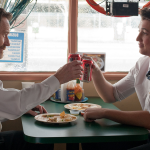 Get a Job (Blu-ray)
Next Article 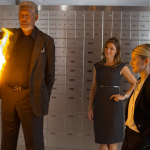