I’ll confess that not only has it been a long time since I saw the original Sinister, I recall not caring too much for it. This sequel makes a few references to the first film, but exists largely on its own. In other words, you don’t have to have seen the first film before watching this. I’m sure most people won’t come to this one cold, but just to give full disclosure. The film begins where we see some old footage of a family (hung up like scarecrows) are burned alive. We then discover this is a nightmare by Dylan Collins (Robert Daniel Sloan). He lives with his brother, Zach (Dartanian Sloan) and mother, Courtney (Shannyn Sossamon).  The three of them live in a secluded farm house as a temporary situation in hopes that Courtney’s ex Clint (Lea Coco) won’t discover them. One day at the grocery story, Courtney notices a strange man who appears to be chasing her. She and her boys manage to escape, but her suspicions aren’t just paranoia. One day a man shows up on her property to burn down an abandoned church building behind Courtney’s current residence. She and one of her sons notices him and he convinces them he’s a private investigator. James Ransone plays the investigator and ex-deputy So & So, and eventually he and Courtney grow closer and she even asks him to stay at their house. One day Courtney’s ex shows up at the house along with some police force. He’s attempting to take their two boys with him, but So & So convinces the police that it’d cause them more trouble than it’s worth and would become a public embarrassment. The film then follows these characters as they try to stop the evil forces they’re dealing with.

There’s a clear similarity here to Children of the Corn. The setting, tone and other elements do have more than a passing resemblance to that film as well. I was surprised by how much I enjoyed this sequel. For a while that is. A large majority of the film is nicely paced and really draws you in. It has some pretty good scares as well. I also cared a bit about the characters and was fairly invested in the story. I appreciated the secluded setting, and feel that added to the film in adding an eerie feel. Sadly, it falls apart in the second half. The reliance of loud jumps scares and obvious frights became a bit too much before the end credits started to roll. Having said that, I think there’s still just enough here to warrant a rental. I mentioned it being a long time since I viewed the original, but for my money, this sequel improves on things. We see many clips of old stock horror films and some of those prove truly frightening. While not consistently satisfying, Sinister 2 still has enough going for it to earn a mild recommendation.

The 2.40:1 AVC HD image looks good. Darn good.  A dark movie for the majority, the image doesn’t ever really seem challenged. Colors are a bit on the muddled side, but that’s the intent. Fine detail and textures are excellent, showcasing some of the little nuances in the scenes. A few of the scenes have a somewhat stylized look to them, so it’s not an accurate representation, but it’s nothing that audiences will get in a fuss over either. All in all, it’s consistent with what we’d expect and I’ve no real complaints here.

The DTS HD Master Audio soundtrack delivers everything one would expect from a horror movie. The LFE are active at times to provide a deep rumbling bass, the surrounds get involved offering some support and as is the case with every horror film – we’ve got the instances in which there’s a startled jolt of sound for a little jolt. Vocals are clear and crisp. It’s a good and engaging track, though it seems to be taken right out of the “Horror 101” reference guide for sound in a movie of this genre.

While it loses some points during the second half, there are enough frightening moments here to warrant a rental. The homage to Children of the Corn was also a nice touch as well. Rent it. 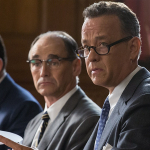 Bridge of Spies (Blu-ray)
Next Article 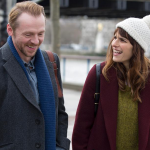