I have to admit that I was more than a bit intrigued when I saw Slither. Come to think of it, I’d never even heard of the movie but even the cover of the case pretty much explains it all. I was just telling someone the other day how they really don’t make a lot of “B” horror movies like they used to and then, lo and behold, along comes Slither. Naturally I was curious and I, like many others, have become so desensitized to movie and television violence that it would take something really awful to make me flinch. Keeping that in mind, we have Slither. I’ll go out on a limb and say that the filmmakers weren’t trying to win any awards with this movie, mainly just have a good time and it appears that they accomplished their goal. The movie features a very diverse cast and two recognizable faces in Michael Rooker and Gregg Henry (most notably from Payback).

The premise is utterly simple: an asteroid falls to Earth containing an alien life form. After a frustrating night with his wife, Grant (Michael Rooker) heads to the local bar and as he’s staggering home, meets up with the alien. It injects him and Grant becomes the “host” of sorts – the ringleader to start the new race on Earth. At first it’s not noticeable, but his wife (Elizabeth Banks) notices the obvious physical changes in him and his passion for raw, red meat. As it becomes clearer and clearer that he’s not the same Grant, a few of the townspeople manage to escape getting infected. Namely the sheriff (Nathan Fillion) and the swarthy Mayor (Gregg Henry). From there the movie turns into a typical zombie movie with the infected all heading towards the host and thereby infecting anyone that they come into contact with. I will have to note that the way they get infected is interesting and I’ll leave it as a surprise to the viewer to see this in action. Will the Earth be taken over by this new race or will the few lone survivors defeat them and live happily ever after?

Slither is just pure fun to watch and though it won’t go down in history as one of the better movies made, that’s its saving grace in that the movie doesn’t take itself too seriously. I really don’t think movies like this will ever go out of style as there seems to always be some sort of yearning for the zombie movie. Yes, its fun to watch and yes it’s predictable. The actors might not always be familiar but really…so what? There are far worse movies out there that are trying to make a point and Slither is one that is best seen taken at face value. Check your mind at the door and sit back and enjoy. I did.

Admittedly, it’s been just over a decade since I last (and first) saw this film, so seeing it get the “Shout! Factory” treatment was a pretty cool thing. A low budget movie, the 1.85:1 AVC HD transfer for isn’t bad at all. Edge enhancement isn’t a factor and black levels are consistent throughout. The film has a very sleek and film-like quality to it, which was the intended point. Granted, the older HD DVD contained a VC-1 encode and this has been given a good once over, but it doesn’t appear that a full 2 or 4k restoration was done. Still, it’s not as if the movie is that old and might not possibly benefit from such a tedious process. When it comes to transfers, I wasn’t expecting much from this one and that’s good because I was pleasantly surprised.

The previously-released HD DVD contained a Dolby Digital Plus (I haven’t typed that in a while) mix, but we now get a DTS HD Master Audio version that sounds a bit better. The movie isn’t too audio heavy, but at key moments during the film we do hear that “slither” sound from the surrounds which really helps bring the movie to life (no pun intended). Dialogue on both tracks is clean and relatively natural as well. Slither pretty much delivers what it promises, which is a fairly straight-forward track. Nothing more and nothing less.

Many of the same supplements from the old Universal DVD/HD DVD are present, but we’ve got a few new additions to this set.

Everyone has to start somewhere and for James Gunn, this one paved the way for bigger and better things. A guilty pleasure if there ever was one, Slither embodies the campy, B movie horror that so many love. It’s nice to see this get a new edition and I suppose I can now safely dispose of my HD DVD. Or maybe I’ll hang onto it for nostalgic purposes. 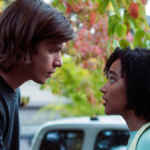 Everything, Everything (Blu-ray)
Next Article 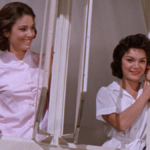