Spectre was always going to have an uphill battle after the widely praised and widely successful Skyfall. Expectations were high, and much like The Dark Knight Rises, the inevitable comparisons to previous chapter were unavoidable. As if that wasn’t enough, the film fell victim to the highly publicized Sony leak in which private emails regarding this film were leaked to the public. One of the comments was that the film had a weak third act. There was also a potential spoiler of a major villain played Christoph Waltz. You’ll get no confirmation from me, but it should come as no surprise to most diehard James Bond fans. Lastly, actor Daniel Craig made some less than positive remarks about returning to play the iconic character for the next film. Sure, these comments were taken out of context, and the actor was likely exaggerating, but the comments came just before the film hit theaters. That’s not always the best thing to say before a highly anticipated film of one of the longest running franchises. So with all that said, you’re probably wondering how the film turned out? Read on.

The film begins with a wonderful opening sequence in Mexico City. James receives a message from the past from the late M (Judi Dench). He takes a ring off the man he assassinates and this leads him to meet Lucia Sciarra (Monica Bellucci). She’s the wife of the man he’s killed, and she informs James of the next meeting. James then heads to a last minute meeting called by the secretive Spectre organization. This sequence is one of the film’s highlights as there’s an eerie feeling to the whole thing. It also acts as the first official introduction to the Christoph Waltz character as the head villain. Also worth noting is the silent character of Hinx played by Dave Bautista. He’s a hitman who might bring up memories of some classic Bond henchmen. Meanwhile, back in London, C (Andrew Scott) is a sneaky agent trying to consolidate MI6 and shut down the 00 program. Ralph Fiennes returns as the new M as well as Ben Whishaw as Q and Naomi Harris as Moneypenny. There are a few other plot revelations that, despite being revealed on the back of the film’s Blu-ray case, I will choose to not reveal. I will say that the film attempts to bring things full circle with what was laid out in Craig’s debut film, Casino Royale.

After three viewings of Spectre, I can say that the film does improve on repeat viewings. One of the problems I had after my first viewing was some of the choices made during the last act. Some of the revelations got me asking more questions than they answered. While I still don’t think the film is perfect, the issues I had are starting to sit better with me. As for Waltz as the villain, I feel he does a good job although it takes a while for the film to come around to him. This is not far off from how Sam Mendes handled the villain in Skyfall with slowly leading up to him as the film progressed. Waltz certainly isn’t a physically imposing villain, but he at least feels threatening enough without ever veering into campiness. The same can be said of the film as well. The tone is in line with the previous 3 Craig films, but there are a few comedic bits sprinkled throughout for good measure. Thankfully, it doesn’t take it too far as some of the Roger Moore films did, but I felt it was just enough. I like that Mendes returned as director again since set up so much potential with the previous installment. I appreciate that this film takes Bond all over the globe as he travels to uncover answers. It really brings back the classic spy elements of the character. I feel it’s a step in the right direction for these films. There are also several homages to previous Bond films all throughout the film. It’s one of the longest films in the series, but Mendes keeps the film moving along nicely. There’s also plenty of thrilling action sequences that fans have come to expect from these films.

Much has been made about who will take over the role of James Bond after this film. While Daniel Craig is contracted to do more, there’s been a lot of recasting talk. While the film ends with a good sendoff for him, I would still like him to return for one more outing. While I still don’t think they’ve topped Casino Royale (my favorite Craig film and one of my favorite James Bond films), this is my second favorite one he’s done. Craig has always had a hard time with many people who questioned his look and grittiness as Bond, but I’ve always liked him. There’s a sort of underdog quality to him, and he’s always proven physically capable of handling the role. He also handles the emotional moments well. Here’s hoping he comes back for one more.

I saw the film once in theaters, once via Digital Download and now on Blu-ray. The digital copy looked great overall, but had a few issues where the image appeared blemished and a bit washed out. That doesn’t happen here. The film looks as great as it did when I saw it in theaters a few months back. There’s a lot of great scenery here, and the transfer is nicely detailed throughout. From the opening moments, we can see the sharp details of the film. The colors are accurate and smooth and the print is flawless. The image is AVC encoded with a 2.40:1 ratio. Fans will no doubt be pleased.

Also satisfying is the film’s DTS HD 7.1 track. I admit to not having the most elaborate audio setup, but vocals were always crisp sounding with no issues to speak of. The action scenes pack a nice punch as well, carefully giving all the channels something to do. The subwoofer gets plenty of usage, too.

Sadly, this is where the disc comes up a bit short. I wish Sam Mendes recorded a commentary track like he did with Skyfall, but that didn’t happen. Still, there are enough decent features to at least whet the appetite. Inside the case there’s a digital copy insert.

While not perfect, Spectre still offers plenty of what Bond fans have come to expect. We get many great action sequences, a concise story and fairly strong villain. The film does grow on repeated viewings as some of the plot elements fit more easily. I appreciated the way the plot unfolded. I don’t think they’ve topped Casino Royale, but this comes awfully close. The Blu-ray disc features terrific Audio and Video, but comes up short in the supplemental department. Still, fans will want to add this to their collection. Recommended. 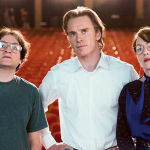 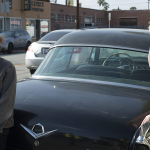