I am a big fan of Woody Allen’s work. I recently purchased numerous Woody Allen films that were only available on Blu-Ray on the boutique distribution label Twilight Time. I began working my way through these movies with Interiors, an enjoyable drama by Allen. That review is also available on the site. My thirst wasn’t quenched so I followed it with Stardust Memories. Stardust Memories was released two years after Interiors and one year after my personal favorite Allen film Manhattan. Stardust Memories finds Allen in a playful mood with serious undertones and emulating one of his heroes, Federico Fellini. I had no idea what to expect, but I am so glad I sat down to watch this film.

Woody Allen plays movie-director and comedian Sandy Bates. Being a Woody Allen character, Sandy is just a stand-in for Woody Allen’s personality, which I don’t mind at all. Sandy find himself at a retrospective of his films while kindling a romance with a couple women and remembering his romance with Dorrie (played by the enigmatic Charlotte Rampling.)  One of the women is a young classical music performer named Daisy (Jessica Harper.) The other is named Isobel, a European woman that is leaving her husband for Sandy.  Over the weekend Sandy deals with the press, his fans, his critics, his sister, his agents, studio executives, and his numerous neuroses. The movie, emulating Fellini’s style from 8 1/2, fades in and out of dream-like sequences and is shot in glorious black and white.

Stardust Memories is one of the best films by Allen. It’s beautifully shot with by cinematographer Gordon Willis who also was on-hand for Annie Hall, Manhattan, and Interiors. This movie is some of Allen’s funniest writing with everybody constantly complaining that they prefer the director’s “early funny” films to his later serious work. It is all a direct kiss-off to critics and audiences alike that couldn’t get on board with his serious side, and it plays as a very funny comedy about celebrity. On top of that, all of the scenes with Charlotte Rampling’s character Dorrie ring completely true. Anybody who has ever been involved with a manic depressive woman will completely understand the issues in the flashbacks. All of the acting is spot-on with great turns from every single actor. One of the things that makes the film so enjoyable is that there are moments where the camera just lingers for an extra second or two to let the viewer digest the feeling of the scene. It is really an effective tool that most directors would not even attempt.

Up to this point, Manhattan had always been my favorite of Woody’s early films, but I would rank Stardust Memories right beside it. It really is an incredibly enjoyable film that I would recommend to anybody with even the faintest interest in Allen’s films. This is a good example of Allen as a true auteur – a cleverly funny film with a very serious core. One of his best.

Twilight Time did a solid job on the transfer of the film using an MPEG-4 AVC codec. For a limited release of a forty year old film, the transfer looks great. The black and white cinematography by Gordon Willis looks really good on Blu-Ray. Black and white films in general look much more pleasing to the eye on Blu-Ray than on other formats. The film still has a little bit of softness here or there, but for the most part is just plain beautiful to look at.

For a Master Audio Mono track of a Woody Allen film, this track is pretty busy. The nature of the film demands that numerous crowd noises are heard on a regular basis. While the film is a dialogue driven film, there is a lot going on at any given time. The track has excellent clarity and dialogue is crisp. No problems here whatsoever.

Stardust Memories is one of the best Woody Allen films that I have seen. It is very funny and also has some beautifully constructed flashbacks that give it a good solid serious backbone. It is a really inventive film while paying homage to Fellini. I absolutely adored this movie and I think that you will too. The technical specs from Twilight Time are also excellent, even though the lack of supplements is disappointing. 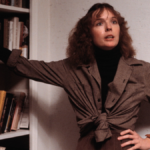 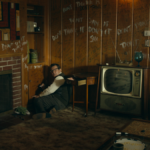