A couple years ago, I was playing golf with a friend of my Dad’s. He was a pilot in the Navy and later with United Airlines. I asked something about his flying during the Navy and he’d said that he had over 800 takeoffs. And then he added “…and 800 landings, too.” I laughed. But then I got thinking…that really is a job in which everything has to add up. I suppose all it would take would be one missed landing and there’d be no story to tell, right? That being said, air travel has always amazed me and it changed the way the world works. So when I was watching the news back in early 2009, I remember seeing this story and thinking about it. Seven years later, Clint Eastwood has gotten his hands on it and has paired with Tom Hanks to tell the story of Sully Sullenberger. To say that this is a winning team is an understatement. Prepare for takeoff.

The events of the film are told in flashback, somewhat, as we’re treated to see the what transpired.

Sully Sullenberger (Tom Hanks) and co-pilot Jeff Skiles (Aaron Eckhart) are on a routine trip from LaGuardia (New York) to Charlotte. They take off and 90 seconds later fly through a flock of birds that takes out not one, but both of their engines. Falling back on his experience in the Air Force and keeping his cool, Sully does the only thing he can think of that will ensure the safety of the passengers – he lands in the Hudson River. No one is harmed and the New York Port Authority comes to the rescue. But the movie follows the events that take place after the fact with the NTSP (National Transportation Safety Board) inquiring didn’t just simply return back to LaGuardia. This isn’t Flight. Sully wasn’t drunk or high, there were no extenuating circumstances – it was just a freak accident and his calm demeanor probably saved everyone’s life. We learn both how and why Sully did what he did which leads to the ultimate conclusion to the film.

In a world where real life events become movies or television series, it’s good to see how some of these are depicted. The team of Tom Hanks and Clint Eastwood work well together and everyone knew they would. Despite these two Hollywood giants’ careers, to my knowledge this is the first time both have worked with one another. Amazing. Looking at Hanks, he was the right choice to play this part. From Jim Lovell in Apollo 13 to Richard Phillips in Captain Phillips, he has that everyman quality that’s defined his career. He shows that less is always more and has that sincere demeanor that makes him one of the most believable men on the planet. The only down side to this film, if there is one, is that Aaron Eckhart is relegated to backseat driver here. He doesn’t get many great lines (except the last one in the film) and takes a backseat to Hanks. Still, it’s a great story and both Eastwood and Hanks deliver in their respective roles.

Of note: look for a poster of Eastwood’s Gran Torino in Times Square as well as a cameo by Eastwood himself in the film.

Warner has brought Sully to life in Ultra HD/4K and it looks fantastic. The depth of field, the detail and even the rather lackluster color palette look positively amazing. Yes, that wasn’t meant to be a contradiction with “lackluster color palette”, it’s intentionally a bit morose and not the most colorful film. From Tom Hanks’ stark white hair to Aaron Eckhart’s amazing handlebar mustache, the picture just oozes with anything and everything HD. It’s a very naturalistic-looking film as well. There are some special effects, but they’re so seamlessly integrated into the film, it feels real. The 2.40:1 HD image is one of the best live-action films I’ve seen and certainly among the best Ultra HD films I’ve seen all year. Top notch.

Some of Warner’s more recent 4K films have lacked a Dolby Atmos soundtrack, but not Sully. This is the epitome of “less is more” as we get a very nuanced Atmos soundtrack with highs and lows. The roar and hum of the engines and even the dinging of the bell signaling “this is the captain…” sound spot on. Vocals are rich and crisp, surrounds (both high and low) are used with great effect which really creates a great atmospheric arena. The “money shot” when the plane hits the water is one of the best examples of next generation sound I’ve heard. Suffice it to say that this movie sounds amazing.

Clint Eastwood and Tom Hanks don’t make many bad films. And they certainly wouldn’t tarnish the reputation of this American hero with a bad one. Sully delivers on pretty much every level and it’s a marvel to behold two talented filmmakers (on both sides of the camera) in top form. Sully both looks and sound amazing and even the “run of the mill” supplements are a cut above. Highly recommended. 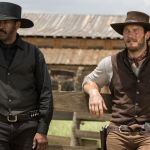 The Magnificent Seven (Blu-ray)
Next Article 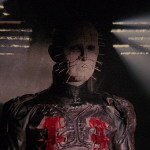