It doesn’t happen as often these days, but it can be frustrating seeing a film marketed one way when the final product is much different. Two recent examples come to mind,Proud Mary which is currently in theaters and the film I’m reviewing here: Suburbicon. Mary was sold as something of a modern day Blaxploitation flick where it was more of a story of a woman befriending a young boy. Suburbicon looked like a dark comedy about a father (played by Matt Damon) seeking revenge for his wife. It was far from that, but I realize that I must tread the water very carefully to avoid spoiling too much. The film bombed in theaters, and critics and audiences (the few who saw it) seemed to despise the film. While I ultimately fall somewhere in the middle with this film, I don’t think it deserves all the negatives thrown at it. It’s one of those films that kind of slowly grows on you and gets better as it goes along. George Clooney is the director here, but he’s had a rather hard time finding a hit with his films. The film was written by the Coen brothers and I do wonder how it might’ve turned out under their direction. Still, it’s just too interesting to dismiss. Let’s take a look.

It’s 1959 and we see a peaceful, all-white neighborhood called Suburbicon. The residents would prefer to keep it that way, but when the Mayers (black residents) move in, tensions begin to rise. We follow a parallel story with Gardner Lodge (Matt Damon) and his family. One night some robbers break into their house and kill his wife, Rose (Julianne Moore) with a chloroform overdose. Rose’s twin sister, Margaret (also played by Moore) moves in to help take care of things, including Gardner’s son, Nicky (Noah Jupe). An affair begins between Gardner and Margaret who has basically transformed herself into Rose. With the robbery/homicide occurring in addition to the new black residents, previously quiet Suburbicon is really turning over on itself. There’s more trouble that arises, but I mentioned not wanting to reveal too much, so I won’t. Let’s just say that certain characters and their motives don’t turn out the way they wanted them to. Oscar Isaac shows up at Bud Cooper, the slick insurance agent who isn’t too eager to file a claim, finding what appears to be insurance fraud. Isaac is clearly having fun in the role, and we too as we’re watching him work.

Suburbicon does have some flaws. For one, the subplot with the racism and the new neighbors could’ve been left out and the film would be find without them. I understand the need to show the upset in an otherwise quiet neighborhood, but the main storyline works fine on its own without these. Still, I don’t think it’s a fatal flaw to the film, because there are enough strengths I can overlook them. This film won’t be everyone’s cup of tea (and it did take me a while to warm up to it), but it deserves a chance. I blame most of it on the trailers presenting more of a satire/dark comedy when what we got was pretty far from that. There are indeed some darkly comedic moments, but they don’t dominate. Either way, I feel the film deserves a look.

Paramount is usually pretty dependable, and this disc is no exception. With the film set in the late 1950’s, the transfer does a good job at showcasing that era well. I think the cinematography is to praise firsthand, but it’s well represented here. You can expect a clean and pristine print free of noticeable flaws. Colors are strong and deep as well. There are plenty of specific details evident too, so all things considered, this is a solid transfer. The image is AVC encoded with a 2.39:1 ratio.

We get a DTS HD track that suits the film accurately. Vocals are dominate here, but they’re crisp and audible. What more could you ask for? As far as the more action oriented moments, they far strong, but they’re fewer than the vocals. Still, there was a nice balance all around to create an engaging track

It certainly won’t be for everyone, but Suburbicon has plenty of positives to offer. It’s one of those film’s that kind of grows on you. I do feel it was badly mismarketed, but that could’ve been to avoid spoiling too much. Still, it seemed to backfire as the film bombed in theaters. The cast does fine work, especially Oscar Isaac as an insurance salesman who suspects fraud. I’d advise a rental to those curious. Give it a chance. 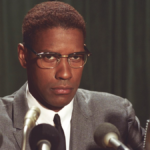 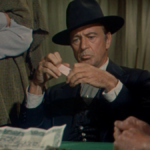