I’m a horrible American. I’ve never voted in a Presidential election (and I’ve been of age since 1992). Part of the reason I’ve never voted is because, well, I think my vote wouldn’t really matter. I mean really, will a Presidential election ever come down to just one vote? Probably not. Then again, as of this writing, Minnesota is still counting votes with their race for Senator and the election happened nearly three months ago. That aside “Swing Vote”, the appropriately-titled and appropriately-timed film, asks that question. The movie stars Kevin Costner whose star isn’t nearly as bright as it used to be, but Costner has always been at his best when he plays it low key. And let me just say that you don’t get much more low key than being an alcoholic egg sorter in New Mexico.

Costner plays Bud Johnson, a man with a job sorting eggs and he’s got a drinking problem. His life lacks direction and the only thing that means anything to him is his daughter, Molly (Madeline Carroll). As fate would have it, it’s election time and through a series of unfortunate events Molly manages to mangle the system so that Bud’s vote is the deciding vote in the Presidential election. Naturally Bud is then courted by the two candidates: the incumbent President Andrew Boone (Kelsey Grammer) and his opponent Donald Greenleaf (Dennis Hopper). The two have their campaign managers (Nathan Lane and the perfectly-cast Stanley Tucci) trying to stir the part and as this process continues, Bud undergoes a change. What decision will Bud make and, more importantly, will it be the right one for America?

“Swing Vote” is a perfectly fine movie and as I mentioned above, Costner is at his best when he plays more of a blue-collar “Average Joe” type of character. Let’s face it, this isn’t the late 80’s/early 90’s and odds are that Kevin Costner will never be the star he was twenty years ago. As a matter of fact, there are only about three Costner movies I watch on a repeat basis: “JFK”, “Tin Cup” and on occasion “The Untouchables”. “Swing Vote” has a great ensemble cast, a good effort by Costner though the real star of the show is by young Madeline Carroll (at times it feels like she’s the lead and not Costner). I want to say that the concept of the film is far-fetched but let’s face it stranger things have happened in this country.

This is now the third studio that’s gotten ahold of this movie. Disney originally released it on Blu-ray, then it went to Mill Creek and now it’s in the hands of Kino (the latter two aren’t known for their amazing restorations). It’s not the most visually appealing film, but the transfer presents it accurately. There’s just a clean, sharp look to the whole thing. Details remained strong throughout as well as background shots. Costner looks a bit scruffy through much of the film, and those details are heightened here. All in all, this transfer satisfies. The image is AVC encoded with a 2.40:1 ratio.

The DTS HD track serves the film well even if this particular film doesn’t require a lot of usage from the rear channels. Vocals always sounded clear and audible with no alarming issues. So while fans will be pleased with this track, don’t expect things to become overly active.

Again, the supplements seem to vary depending on which “version” of the movie you get. This Kino release contains:

Swing Vote seems a bit more relevant today with the presidential debates going on. While the basic premise is a stretch, it can still be a bit of fun if you don’t overthink things. It’s a safe film to be sure, but I was perfectly fine with that. As far as this disc goes, the A/V specs are fine, but the extras from the previous release are missing. For those who already own it, you’ll gain nothing from this release. For those who don’t, seek out the original release since that has the special features. 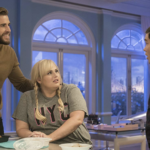 Isn’t it Romantic? (Blu-ray)
Next Article 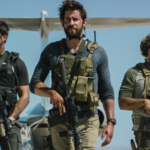