There must be no worse feeling in the world than that feeling of helplessness of losing a loved one.  In Taken, Liam Neeson’s character faced just that – having his daughter kidnapped and sold into a prostitution ring when she was abroad.  And people feel that way when they lose anything.  Suppose someone takes your watch, wallet or car?  It’s that feeling that’s maddening that makes it all the worse.  You just feel so incredibly helpless.  This was the premise behind Taken, though in that film the protagonist was a CIA agent who actually took the law into his own hands and, well, saved the day.  Not all of us can do that.  But it was inevitable that with the success of the first installment, there’d be a sequel and just a mere three years later here we have it.

There’s no real timeline between the first and second movie, though we can assume it’s been a year or two since the events have transpired.  Bryan (Liam Neeson) invites his wife, Lenore (Famke Jessen) and daughter Kim (Maggie Grace) to meet him in Istanbul.  They meet up and it’s not before long that Murad (Rade Serbedzija – you know, the guy who plays the bad Russian in every movie he’s in) decides to take revenge on Bryan and his family by taking Bryan and Lenore hostage.  You see Murad is the father of one of the men that Bryan killed in the first installment.  Bryan not only seems to see this coming but seems to somewhat enjoy it.  This time around he has to rely on the help of his daughter to get them out of the bind and they can once again be reunited.  The question is, of course, will they be able to do it?

In much the same way that The Hangover 2 was the exact same movie as its predecessor, so to is Taken 2.  The only difference is that the daughter is this time free and they’re in Istanbul.  Everything else is the same.  Let me repeat that, everything else is the same.  This isn’t exactly bad, though, as I rather enjoyed the first one and this one literally follows in its footsteps.  There’s no substitute for the original, of course, so if you’d had enough with Taken then odds are that you’ll want to stop there.  Still, the movie did manage to gross nearly $400 worldwide so it’s quite possible that we’ll see Bryan and family once again have a shroud put over their heads and led off to some obscure location only to be saved at the last minute.  Stranger things have happened.

Presented in a 2.40:1 AVC HD transfer, Taken 2 looks just as I thought it would look.  Pretty darn good.  As with its predecessor, the handheld camerawork gives off a very realistic point of view.  Colors are very muted though detail looks better than I’d have thought.  Contrast and black levels appear on the mark and I’m hard-pressed to find much wrong with the film, save a few moments when the image appears a bit soft.  You can make out each individual strand of Neeson’s floppy, unkept hair if that tells you anything. It’s a strong visual effort for sure and viewers won’t be disappointed.

The DTS HD Master Audio soundtrack is just what I expected it to sound like and it does heighten the viewing experience by a notch of two.  Neeson’s low, booming, grizzled voice take front and center stage along with the upbeat soundtrack which heightens the mood.  Gunshots abound, tires scratch, things blow up and everything in between.  This uncompressed mix makes way for a very decent soundtrack and one that’s not to be missed.

Taken 2 doesn’t offer a whole lot in terms of supplements.  The two-disc set is indicative of Fox’s Blu-ray’s with the feature on one disc and the DVD/Digital Copy on the other.  We get some deleted and extended scenes as well as a “Kill Counter” as well as a “Black Ops Field Manual.”  The movie does come in both a theatrical and extended cut and it features an alternate ending to boot. 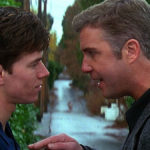