Thirty years ago James Cameron directed The Terminator. It introduced us to a new world and a then unheard actor by the name of Arnold Schwarzenegger. Since then, both the Terminator franchise and Arnold have become an institution. Schwarzenegger made a name for himself in action movies with the occasional appearance in a comedy (Twins, Junior, Jingle All the Way).  1991’s Terminator 2: Judgment Day is, in many ways, a superior sequel to its predecessor. I won’t debate which one is better, as each has their merits. 2003 saw a third installment and Schwarzenegger once again reprised his role as the T-800. 2009 saw the only installment (so far) without his familiar face and so here we are in 2015 with a new, somewhat fractured installment in this franchise. Admittedly I didn’t really know what to think when I popped this into the player, but I’m a fan so I figured at the very worst – I could always fall back on T2. Enough talk, let’s see what’s in store.

Fans of the other films will, no doubt, be familiar with the storyline. We are once again jettisoned into the future where John Connor (Jason Clarke) and his band of resistance fighters are waging war against the terminators. As victory seems imminent for the resistance, we see the event that started in The Terminator – the robots sent one of their units back to 1984 to kill Sarah Connor (Emilia Clarke – no relation to Jason). What we didn’t know was that the resistance had won and this was a last ditch effort by the machines to change things. John sends his right hand man, Kyle Reese (Jai Courtney) back to stop the terminator. And we know the story. Or do we? What might have been a shot for shot remake of past movies is now a veritable hodgepodge of Terminator lore. Reese goes back to find an aged T-800 (Arnold Schwarzenegger) acting as a surrogate father for Sarah Connor. I won’t give away things, suffice it to say that it’s not what we or Reese had in mind.

I was actually a pretty big fan of what they did with this one. Director Alan Taylor who gave us the kind of bleh sequel to Thor, pulled out all the stops here. I can only imagine the pressure of working on the Terminator franchise, so while this was met with a lot of criticism – I rather enjoyed it. In the way that The Bourne Legacy approached the Bourne franchise (essentially the same story as The Bourne Ultimatum, just from a different point of view) so too did this film. Admittedly it was fun, if that’s the right word, to see fractured bits of other films jammed into this one. Even the scene with the three street punks  is included and I was wondering if Bill Paxton would reprise his role there. Nope. Oh well. I found this approach to be unique and will certainly revisit this one in the future – pun fully intended.

Being a new movie, this “new” Ultra HD edition does benefit from HDR, though the Blu-ray seems (if memory serves) to have looked pretty darn good. I seem to be saying this more and more these days, but I really couldn’t find anything to complain about. The pictures really are that good with these new to Blu-ray films. The movie has a dark tone to it and the levels aren’t challenged in the least. Blacks are sharp and solid, contrast works well and detail is second to none. Young Arnold Schwarzenegger’s face was digitally “painted” onto another actor’s body, but you could have fooled me – it looked like a scene right out of the original. The CGI are seamlessly blended into the film making for a much more realistic viewing experience. Then again the Terminator films have always been at the forefront of technology. Simply put, this is a reference-quality transfer and fans will love the way it looks.

The previously-released Blu-ray already contained a Dolby Atmos soundtrack, so that was a box checked with this 4K version. There’s something so satisfying about this soundtrack and I can’t really seem to put my finger on it. Certainly the surrounds earn their keep, but what really impressed me were the LFE. I try not to use the term “shake the room” too often, but that’s the best way to describe it. Vocals are pitch perfect and we get plenty of Schwarzenegger one-liners (as expected).  The mix has a depth to it that really makes the film come alive and it’s a testament to Dolby for really making these films sound their absolute best. Again, nothing to complain about here.

There actually appear to be some new supplements for this edition. Maybe studios are finally “getting it” when it comes to re-releasing a fairly new film on a new format? Or maybe there was a two-disc version that came out after the initial one? Regardless, there is an entire disc of supplemental material here that wasn’t part of the initial Blu-ray, so let’s get started.

There are no supplements on this disc.

A very polarizing film, Terminator: Genisys took a risk and, for me, it paid off. It’s nice to see Arnold back in the saddle again and I’m all for messing with the continuity of the Terminator universe. It’s fun. While the audio remains the same, the picture has gotten a bit of a facelift and we get another entire disc full of supplements. If you’re a fan, this one is a no-brainer. 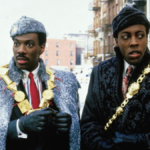 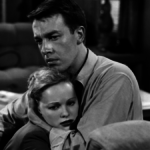