It’s hard not to think of the names “Gomez” and “Tish” without thinking of the hilarious TV show, The Addams Family. While being a rather dark television series, even thirty years ago, The Addams Family manages to be a very entertaining and very funny dark comedy for the 90’s. Looking something like Tim Burton would make, with its evil sense of humor and lack of bright colors, The Addams Family exploded on the screen in late 1991. It’s success, obviously, inspired a sequel which was not quite as original but just as entertaining. In this first installment we find our gang led by Gomez Addams (the late Raul Julia who was perfect in this role) and “Tish” Addams (Angelica Houston). They are in search for their dear relative, Uncle Fester (Christopher Lloyd), but have almost given up hope of conjuring him up from the dead. When a local woman gets wind of this, she dresses her son, who bears a striking resemblance to Fester, up like the departed relative and decides to get rich off their grief and appreciation.

The Addams Family is all about fun. While it is considered a “dark” comedy, it has its moments that are outright funny. One scene that comes to mind is the “Mamushka” dance between Gomez and Fester. A traditional dance of the Addams family, it’s purely hilarious to see these characters up on screen dancing around like mad Russians! It’s also interesting to note that the character of Wednesday Addams is played with deadpan perfection by Christina Ricci, who has become quite the celebrity in her own right. The rest of the cast includes great character actor Dan Heyda and M.C. Hammer (who performed the theme song to the movie) to name but a few.

The plot isn’t all that hard to figure out, and director Barry Sonnenfeld has fun with the movie just like he did in Men In Black. It conveys a serious message of family, but at the same time can make you laugh until you’re blue in the face (like many of the Addams’ relatives). One might argue that The Addams Family has more than a few one liners, and they might be right. No matter which way you look at it, The Addams Family was successful enough to spawn a never-ending string of old 60’s TV shows that have now found their way to the silver screen (and our home theaters) as well as a sequel, Addams Family Values a couple of years later. Speaking of which…

As if the home of the Addams wasn’t full of strange people already, they’ve welcomed a new addition…a young baby boy named Pubert. Gomez (Raul Julia) and Morticia (Angelica Huston) couldn’t be happier of course, but the other children aren’t so pleased and they make attempt after failed attempt to rid the home of this newborn. This sibling rivalry seems to be too much of a hassle and Wednesday (Christina Ricci) and Pugsley (Jimmy Workman) are shipped off a to summer camp, where life will take on a new level of suffering for them. While those two are terrorizing the children at summer camp, a new baby-sitter is hired to watch after little Pubert and Debbie (Joan Cusack) seems to be the perfect choice. She is watched by Uncle Fester (Christopher Lloyd) from the second she arrives and soon Fester finds himself head over heels in love with the nanny. This delights his family who is pleased to see him finally find a true love and soon after Debbie and Fester announce their marriage and pending honeymoon. If it seems like normality is creeping into the Addams home a little too much, as always there is something rotten and evil happening but this time it’s not the good kind of evil.

Addams Family Values does what few sequels are able to do, capture the magic and essence of the original movie. This is no easy task to be sure as you can tell by the masses of bad sequels out there, but this one manages to pull it off in grand style. The reason for the success of this follow up lies in many areas, such as the return of the director and much of the main cast which is vital for a sequel in my opinion. This movie also takes the foundation of what made the original so much fun and expands on that, which offers a fresh and unique feel. This follow up also follows the same paths in terms of dialogue and character interaction, even when the characters are taken in new directions and locations. I won’t say this movie is better than the original, but I will say that it is just as good and those who liked the original will find more of the same here. So I am pleased with the movie, but what about the disc? It’s the usual Paramount release which means solid audio and video but few features, which I feel lowers the overall value of the disc. I recommend this release to fans of the original and anyone looking for a good comedy, but make sure you like the movie a lot before you buy this disc as there is little else included.

This film was directed by Barry Sonnenfeld, who also helmed the first film in the Addams series. I like the fact that Sonnenfeld used the same visual approach as the original, while expanding on those ideas to create a fresh yet familiar atmosphere. Sonnenfeld takes the Addams out of their usual haunts, but they still retain their personas and other quirks which is good. The introduction of new characters is also handled well since they mesh well within the world inside the movie. Sonnenfeld also directed such movies as The Addams Family, Wild Wild West, Men In Black, and Get Shorty. Much of the original cast returns to the screen for this follow up, though Carol Kane (Scrooged, Annie Hall) assumes the role of Grandma here. The leads are played to perfection by Angelica Huston (Lonesome Dove, Ever After) and Raul Julia (Street Fighter, Moon Over Parador) who seem born to portray these characters. If these two are a scene rest assured it belongs to them, they’re that good.

In the days of 4K and new restorations, it’s a bit disappointing that these two classics from the 90’s look the way they do. They’re not bad, but I can’t imagine how good a new transfer would have made these pop. Colors are strikingly bold, contrast is solid and though the movie is dark in nature, it radiates a glow of warmth. If you’re looking for a modern counterpart try Dark Shadows for a point of reference.  Flesh tones, and I say that a bit tongue-in-cheek, are for the most part normal, though with the pasty complexion of Uncle Fester (Christopher Lloyd) and Wednesday (Christina Ricci) it’s bit hard to get a spot on reference. Actually the only two in the movie that have any sort of real flesh tones are Gomez (Raul Julia) and Pugsley (Jimmy Workman). Still, it’s a fine Blu-ray and this 1.85:1 AVC HD transfer certainly excels where the previous DVD didn’t.

I can remember M.C. Hammer’s song “The Addams Family” being played everywhere and this film came out during my first semester of college. Translation, every party I was at had this song blaring so it’s kind of permanently burned into my brain. Sad but true.  Still, this DTS HD Master Audio mix is rather robust. The soundtrack has a very expansive and immersive mix, the vocals are crisp and clean and if you can’t sing along a bit during the “Mamushka” scene then this isn’t the film for you.  Surrounds are prevalent but not overpowering and it adds to what I’d consider to be a nice upgrade (like the video) regarding sound quality.

There’s no denying the fun to be had when watching these two films, but as nice as it is to have Addams Family Values on Blu-ray, the lack of features and so-so transfer make this one a head scratcher. Fans will enjoy having both, but this could have been so much more. 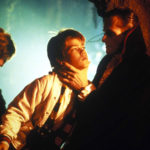 The Monster Squad (Blu-ray)
Next Article 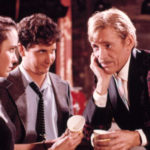