In 1920s New York, there is an energy present that lights up the night, as music clubs thrive, people dance until morning, and of course, gangsters rule the streets. The Cotton Club is one of the more famous clubs in Harlem and as you’ll soon discover, a lot happens within its walls, as it hosts a wide scope of clients. Dixie Dwyer (Richard Gere) is the primary performer and while his cornet skills could take him to the big stages, he is too wrapped up into other issues to pursue a career on that level. You see, Dwyer is interested in a young woman named Vera (Diane Lane), but she is connected to the club’s owner (Bob Hoskins), which means potential troubles abound. At the same time, a gifted tap dancer named Sandman (Gregory Hines) is having problems with his girl Lea Rose (Lonette McKee), a talented lounge singer. As time passes and tempers begin to weaken, what will become of The Cotton Club and the patrons inside?

This movie has been given some real flack over time, but I think it is a better than average flick, with some wonderful moments. I will admit that when compared to director Francis Ford Coppola’s better efforts, this one is less than impressive, but on the whole, I think The Cotton Club is a more than solid movie. It has some flaws to be sure, especially in regards to some of the casting choices, but it winds up pretty well. The performances are solid on the curve, but a few people seem out of place, though their work still remains passable, at worst. Richard Gere gives a good turn as the true lead, while Gregory Hines, Bob Hoskins, Nicolas Cage, and Diane Lane on deck, among others. The production design is excellent here, complete with dead on costumes, set designs, and all other manner of period materials, very good work indeed. All of these elements combine to create a great period atmosphere, which is important in a film like this, to be sure. I don’t think The Cotton Club is a modern masterpiece, but it is better than the reputation it has, so I recommend a rental, as the flick is worth a look.

He’s bashed all the time for his work, but I have to say, I think Richard Gere has done some terrific turns in his career. I don’t think he is all that consistent and he isn’t gifted in terms of range, but he can bang out a great performance when things line up, such as in The Cotton Club. His performance isn’t a commanding one, but Gere is quite natural and never seems to be forcing his character, he even does his own musical work. He remains strong from start to finish also, unlike some films where he seems to go from one end of the spectrum to the other. I think he was the right choice for this role, as he delivers a great turn and more than handles his character. You can also see Gere in Pretty Woman, The Jackal, Internal Affairs, Runaway Bride, and Autumn in New York. The cast also includes Diane Lane (The Outsiders, Indian Summer), Bob Hoskins (Hook, American Virgin), Nicolas Cage (Leaving Las Vegas, Bringing Out the Dead), and Gregory Hines (The Tic Code, Running Scared).

It’s been a while since I first saw this film and coupled with the new footage in the mix, well it’s a testament to Coppola and his filmmaking. This film looks as if were made last week, with an almost pristine source print and not even the slightest hint of age, very impressive work indeed. The film’s intended soft visuals look fantastic here, with smooth colors and natural flesh tones, no errors on either front to report. I saw no problems with contrast either, as black levels were rich and well balanced throughout, which means no detail is lost in the least. This would be an excellent treatment for a new release, but since it is a catalog title, that makes this visual presentation that much more impressive.

A newly minted Dolby TrueHD track is found here and while it won’t blow the joint down, it does open up the stage a lot and the experience is enhanced more than a little. The music is able to expand and become much richer, which adds depth to a lot of scenes, to be sure. This provides a more immersive atmosphere, which is very important, especially given the club setting of many of the sequences. A lot of subtle sound effects also pop up and while perhaps not head turning, they do further enhance the atmosphere and that’s always welcome. The dialogue is clean and strong throughout also, I found no reason for complaints here.

There are other (and better) films in Coppola’s canon of directing, but maybe not so many that are as enjoyable. I hadn’t seen this film in nearly thirty years, but forgot how much I enjoyed it. The additional twenty minutes of added footage is a bit hit or miss for me, Coppola claimed that it makes the film “feel” shorter. That’s up to the viewer. But this new Blu-ray both looks and sounds the part. 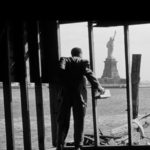 The World, the Flesh and the Devil (Blu-ray)
Next Article 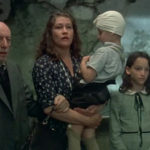