It’s strange to find a film released theatrically with the label “Director’s cut”, but that’s precisely what we have here with The Current War. The trailers showed promise, but the reviews weren’t the most impressive. I skipped out on the film in theaters, but was interested to check it out now that it’s available on the streaming and Home Video format. Unfortunately and I hate to say it, but the film is something of a stinker. Despite the talented cast and pretty strong story, there’s just little here to carry the viewer along. Indeed this is a flat and lifeless affair.

Benedict Cumberbatch plays Thomas Edison and Michael Shannon stars as George Westinghouse and the film focuses on competition between the two men. The title is rather clever when the topic of an electrical current taken into account. We also find Nicholas Hoult as Nikola Tesla. Edison and Westinghouse then find themselves competing to get cities across the United States to use their technology. There is a lot going on in this film, but unfortunately it never comes together in a cohesive manner.

The film was shelved and went through reshoots, with some scenes being added and some removed. I’ve read that it made little difference as the clear vision was never altered significantly enough to drastically change the film for better or for worse. I’ve no interest to compare the two versions, but something with the film just never clicks the way I think it should. You get capable actors and a story that should hit more than it does here. I think I’d rather just see a documentary on the subject, or research it on my own.

While certainly a darker film (I find that amusing since the topic deals with electricity, but whatever), the image is still pleasing to the eyes. It’s pristine and detail oriented. The AVC encoded image doesn’t leave a whole lot to be desired, but I didn’t expect any less from such a recent film.

The DTS HD track is pretty straightforward, but still solid. Vocals dominate, but we do find some background noise at times. There’s the expected clarity and crispness that I expect from modern soundtracks these days. I feel fans should be pleased with the results here.

Not terrible, but rather lifeless and disengaging, The Current War should probably work a lot better than it does. Or maybe not since on thinking back, maybe the subject itself doesn’t lend itself to be as interesting as it might sound on paper. It makes me want to research the story behind the film rather than watching this play out. 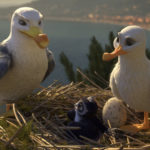 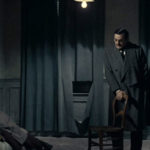