Warner Archive Collection has just released the film The Glass Bottom Boat starring Rod Taylor and Doris Day. I didn’t grow up watching many Doris Day films so I had no idea what to expect, but I loved Rod Taylor’s performance in Dark of the Sun, so I thought I would see how he fared in a comedy. I also was under the impression that the film was a spy movie, but this turned out to be a little misleading.

As the film begins, a glass bottom boat near the island of Catalina approaches a small reef. The captain announces that “you never know what you will see out there.” Just then, a fisherman (Rod Taylor) accidentally reels in a lady (Doris Day) in a mermaid outfit who was on her way to entertain the glass bottom boat. She was filling in to help out her father, the captain. The fisherman reels in her mermaid bottoms so their introduction to one another starts off rough. Bruce Templeton is the fisherman’s name and he is successfully working on a gravity test that simulates weightlessness for a NASA Research Laboratory near Catalina in California. The mermaid works as a tour guide at that same facility of NASA. Templeton bumps into Mrs. Nelson and they begin to hit it off. At the same time, Templeton lands a large job. He is hoping to pave the way for man to visit Venus. He enlists Ms. Nelson to help him on his experiments. Templeton is keeping the plans in two separate vaults and in his mind. Soon spies, including a young Dom Delouise, begin to try to get their hands on Templeton’s plans while Templeton and Ms. Nelson begin to fall for one another. Due to some wild coincidences, including the name of her dog – Vladimir, Bruce’s work companions begin to suspect that Jenny is a spy.

I am going to be honest. This film didn’t really do it for me. Filmed the same year as The Fortune Cookie and Seconds by John Frankenheimer, The Glass Bottom Boat feels out of place with the year in which it was filmed. Rock Hudson was doing one of his most serious movies while Doris Day seemed to be playing a role that would have been a better fit in the Fifties. It felt like the casting of Doris Day who was 44 at the time was a bad fit because the role seemed to call for a twenty something. This movie doesn’t really work when you write it out on paper and definitely doesn’t work when you watch the film. This ensemble comedy with Paul Lynde, a young Dom Delouise, and Dick Martin in supporting roles, just never quite takes off. The jokes are pretty flat and I can not imagine any new viewer falling in love with this film that did not grow up with it.

The film’s merit is debatable, but what is not debatable is that Warner have done an excellent job on the restoration of the film with a new 2K scan from the original elements. The film looks beautiful on Blu-ray. It’s an extremely bright and bubbly film and full of color. The movie utilized mainly pastel colors. The film has excellent fine detail but can become soft focused during a few small montage moments. Honestly, this transfer looks as good as anything that Criterion or Sony put out. Warner is really showing their dedication to quality transfers on these discs. The print was in great shape and this is one of the better looking transfers that Warner has put out this year. I feel like I can safely say that this is the best the film has ever looked.

Warner have provided a great DTS-HD MA 2.0 track. The film has a fun soundtrack courtesy of Frank De Vol that is one of the best aspects of the film. Dialogue is very clear. There are no issues with levels. No hiss or distortion. The score sounds crisp and clean. This track gives the soundtrack wide enough berth to really be enjoyed. Fans should be pleased.

The Glass Bottom Boat is a film that just doesn’t translate well to the year 2019. While all the elements are there, including a pretty awesome ensemble, the script is thin and weak. The film has a couple brief chuckles, but I felt like turning it off after twenty minutes. That said, the Warner transfer is absolutely beautiful, so upgrading is recommended for fans of the film. Everybody else should steer clear of boarding this Boat. 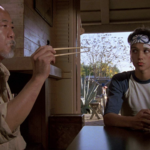 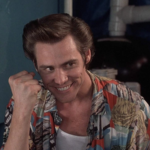