I don’t bother with best of or worst of list of lists, but surely The Hustle will make a lot of “Worst of Year” lists, as it really is a terrible film. An update of Dirty Rotten Scoundrels, the film just feels wrong from the get go. Performances are quite bad all around, with Anne Hathaway doing a horrendous accent throughout the film that grows old quickly. Once again Rebel Wilson is giving us the same characters she’s played time and time again.

Hathaway stars as Josephine Chesterfield, she’s a glamorous, seductive brit who betrays wealthy men for her own benefit. Penny (Rebel Wilson) is in a much different league as she mostly cons men in bars and pretends to be someone she’s not. They’re both on their way to the French Riviera to continue their con. At first they’re at odds with each other, but eventually Josephine agrees to help Penny become a master con artist. At least one review suggested that it might’ve been interesting to have Hathaway play to more naïve role and Wilson be the more self-assured. We can only use our imaginations at this point, but that idea might’ve actually worked somehow. As it stands, the film does nothing to challenge the actors or the audience. Instead it left me checking my watch, waiting for the thing to be over.

I realize there’s much more to the plot and some more characters, but that hardly matters when the film itself sleepwalks through it all. Expect the usual scenes of Josephine coaching Penny and Penny not getting the rhythm down right away. We’ve seen all this stuff before and much better. I suppose there was potential here, but why and how it went so wrong is hard to pinpoint exactly. Hathaway, though with her British accent becomes the most problematic here. By the end of this sluggish 90 minute film, I had enough of it. Wilson too needs to find more challenging roles as this is stuff she’s done time and time over. If the thing were the least bit amusing then I would be more forgiving, but it isn’t. Avoid this mess at all costs.

It’s a shame that so many good movies out there will never look as good as The Hustle. Granted, this benefits from being a new movie and new to the format. The 2.39:1 AVC HD image is as visually-appealing as it comes (and my fondness for Anne Hathaway played a minor role in that). Colors pop, detail is amazing, contrast is solid…you get the idea. While the movie itself might leave a bit to the imagination, the way this looks won’t.

Equipped with a robust DTS HD Master Audio soundtrack, The Hustle also sounds fairly good. By and large this genre doesn’t dictate a mix that will blow the roof off the place, but I found myself pretty immersed in some of the sound effects and the audio as a whole. Vocals are sharp, dynamic range is excellent and it’s just enough to me notable, but not so much that it’ll walk away with a Best Sound Academy Award (or any Academy Award for that matter). It delivers.

Make no mistake about it, The Hustle is quite a lousy film. It’s a waste of all the talent involved and I couldn’t wait for it to end. There’s nothing even mildly amusing about it, and both Anne Hathaway and Rebel Wilson turn in some bad performances. The whole film just feels wrong. Yeah, that’s going to be a no for me. 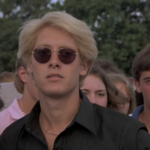 The New Kids (Blu-ray)
Next Article 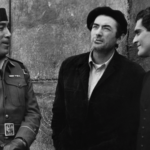