She doesn’t come from money, and spends her time riding with her brother, Binx (Christian Slater) on his motor scooter. One day, they stop at a drive-in to get some shakes and they’re picked up by some locals. This results in Binx throwing his milkshake in one of their faces and then a chase ensues. Before long, they find Binx and Billie Jean and steal his scooter. Billie Jean goes to the police station and speaks to Lieutenant Larry (Peter Coyote). He’s understanding, but tells Billie Jean to just wait it out and after a few days, they’ll go from there. As she arrives back at her house, she finds her brother has been beaten badly by the local boys from earlier. The scooter is also badly damaged as well. The next day, Billie Jean, Binx and two of their friends go to the shop owned by one of the boy’s fathers who beat up Binx and ruined his scooter. Their hope is to retrieve the money from him to pay for the scooter. Mr. Pyatt (Richard Bradford) is the shop owner who appears helpful at first, but he tells Billie Jean they need to go upstairs where he keeps most of his money. Instead of paying it all, he propositions Billie Jean and then attempts to rape her. She runs back downstairs, and Binx has found his gun. An altercation occurs which results in Binx shooting Mr. Pyatt in the shoulder. It’s here that they flee the scene and the film takes a turn, creating a media frenzy.

I enjoyed a lot of Billie Jean, but I grew less interested as the film went on. It never becomes boring or dull, but the latter half of the film just didn’t hold my interest like the earlier moments did. It should still please fans of these kinds of films from the 80’s that we really don’t see a lot of anymore. I also think that the attractive cast gives the film a lot of mileage as well. Whether you opt for the bundle or picking up the film individually, the asking price won’t dent your wallet too bad that the decision should be easy for fans of the film.

While I’ve seen sharper images, this one satisfies, especially taking into account the film’s age and source material. Indeed, there’s a sharpness to the image and it seems to have been cleaned up pretty well. The transfer is AVC encoded with a 1.78:1 ratio and looks probably as good as it ever will. Fans should be pleased with the results here.

We’re treated to a decent 2.0 track that’s about as we can expect. Never does it do anything to rise above the pack, but the vocals have a decent enough clarity to them. Things pick up a bit during the second half of the film. Go in with the right expectations and this track should satisfy.

The Legend of Billie Jean has a great cast and an interesting premise. I did start to lose interest by the second half, but the film has its fan base and they should be pleased with this disc. 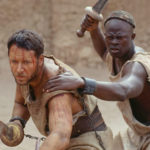 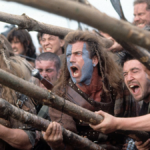