It’s been said that the three great television shows all start with the letter “s.” The Simpsons, Seinfeld and The Sopranos. If you believe that, then you’re in the right place. If not, don’t take what some reviewer on a web site says as fact. The Soprano’s debuted on HBO back in 1999 and the world was never the same. It ushered in a new era of the way cable-oriented shows and set the stage for what we now take for granted. Add to that HBO had debuted Sex and the City just the year before. It was a glorious time, and one that’s yet to end for the network. I remember watching The Soprano’s and being truly disgusted with the character of Tony (played by the late, great James Gandolfini). Yes, he was the star of the show, but that didn’t necessarily make him a good guy. He cheated on his wife, killed and did drugs on a routine basis. The Many Saints of Newark shows how Tony Soprano came to be and tells his story. It tells it well.

The story revolves around Dickie Moltisanti (Alessandro Nivola), the father of a major character (Christopher) from The Sopranos. He runs a numbers racket in Newark, New Jersey. His father (Ray Liotta) is married to a much younger woman, Giuseppina (Michela De Rossi). He’s also a surrogate father to Tony Soprano (Michael Gandolfini) while his father (Jon Bernthal) is in jail. Things aren’t always easy for Tony and his mother (Vera Farmiga) is in a perpetual bad mood because of it. Dickie’s biggest problem, however, is that Harold (Leslie Odom, Jr.) decides that it’s time to stop working for a white mobster and branches out on his own. This creates a turf war that rapidly escalates.

It’s difficult to take one of the most critically-acclaimed television shows of all-time and condense an “origin story” in two short hours. They did it and I think they did it well, though a mini-series of sorts might have been a better option. In the series, we saw the character arcs of all the major players. We just don’t have time for that here. The casting is top notch and what could have been more than a gimmick with Michael Gandolfini playing the role his late father made famous. Thankfully acting must run in the genes as he pulls it off. And, of course, the resemblance is uncanny. Fans who couldn’t get enough of The Sopranos will eat this up and while it serves as a nice reminder, one has to wonder if we’ll see more of Tony and the gang or not?

Those who watched the show know that it was shown in 1.78:1, though The Many Saints of Newark opts for a more “theatrical” feel to it with a wider 2.39:1 AVC HD encode. And that’s fine. After all, it is a movie whereas the other was a television show. And that’s how this looks – it just has a more cinematic feel to it. Black levels are spot on, detail is (as expected) off the charts and I found the use of color, namely oranges of all things, to be well done. I think if you’ve seen enough mob movies, they’ll all start to look the same, but this one has its own vibe, to be sure.

Both the Blu-ray and the 4K disc sport the same Dolby Atmos track. And that’s a good thing. While some films might be a bit over the top with their Atmos mixes, I found a more restrained mix on this one. Certainly vocals are on the level, with the front stage offering a good sampling of sound to balance out some of the surround channels. There are better mixes out there, for sure, but The Many Saints of Newark sounds better than expected.

The Sopranos ended in 2007. That means it’s been quite some time since we’ve seen what “the family” is up to. And even with this, we don’t see some of those faces we came to know (and some, love). But for those clamoring for just another peek into the world of Tony Soprano – the wait is over. 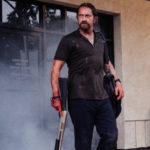 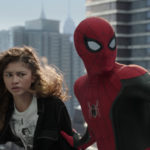