When it comes to psychological thrillers, I’m of the mindset that most (if not all) have been done – several times. My all-time favorite “scary” movie is The Shining. Every time I watch it, I seem to find some new nuance that manages to make me just that much more unsettled. And that’s the thing about films like that is they have a way of getting under your skin even long after the credits roll. I’d not heard of The Night House when I received the review request, it like so many others was one of those that’s been done for a few years but is only just now seeing the light of day. But after a member of my staff emailed me about it, I figured it was worth a shot. And so, a mere 24 hours later, I had the disc in hand and was ready to see what this one was all about. Here we go.

Beth (Rebecca) is a school teacher who has just recently lost her husband, Owen (Evan Jonigkeit) to suicide. She’s still reeling from the physical and psychological turmoil, trying to put the pieces together and namely asking the question – why? Her friend Claire (Sarah Goldberg) tries to be as supportive as best she can, but mostly Beth is alone in the forest home that Owen built for them. A kind neighbor, Mel (Vondie Curtis-Hall) keeps a watchful eye on her. Things start to get a bit odd when Beth starts to see a light across the lake, given that there are no homes over there – it raises an eyebrow. She also starts to discover some unusual pictures and notes in her husband’s books and starts getting odd messages from his cell phone. Venturing across the lake, she finds a house – a mirror image of hers. She doesn’t know the meaning of it, but starts to put some of these odd pieces of the puzzle together. What she finds isn’t what she was expecting.

As with most films of this nature, there are elements that I intentionally left out and it’s for the best. I will say that the film had me going in a direction that I thought I knew how the rest of it would play out. I was mistaken. Director David Bruckner has managed to take the script and goes about achieving success in a few ways. He sets the tone which in and of itself is a bit unsettling. The film is patient enough that the viewers get the ominous mood. And, certainly, there are some Hitchcockian elements at play. Take a somewhat innocuous scene in which some normal household items form the outline of what seems to be a person. It’s a play on the senses as well as the psyche. It’s that balance between things like that and the usual “jump scares” (of which there are a few) that makes sure you’ll never really be able to rest while watching. If this sort of premise is intriguing, The Night House is certainly for you.

I found the film dark. Not just in tone, but physically dark.  A majority of the film takes place in shadows, key lights only illuminate the main character and, yes, we’re dealing with a character who isn’t “there” in the literal sense of the word. This makes a lot of room for some play, but the way the shots are framed really give this picture a unique look. Flesh tones seem warm and natural, detail is spectacular as we might expect. Some outdoor scenes juxtapose what’s mainly a film that takes place inse. The 2.39:1 AVC HD encode delivers and this is what we’d expect for a day and date release of a new film.

The included DTS HD Master Audio mix has a few moments where it gets to flex its muscle. But, by and large, this is a pretty standard track that plods along at a temperate pace. There’s always something going on in the background and with the suggestion that “someone might be there” we get a lot of sounds out of the rear channels that might support that theory. Vocals are strong. This isn’t one that will be remembered for the best audio mix out there. It’s good, no doubt about it, it’s just as “in your face” as others are, but it more than gets the job done.

After watching the film and the credits rolled, I turned to my wife and said “Well, what’d you think?” Her response: “I didn’t really like it.” And I was somewhat content with that. But it’s one of those that stays with you, namely since things don’t really “end” the way we’ve become used to. It almost requires repeated viewings. Rebecca Hall’s performance is flat out amazing. She’s in every scene. This is her movie. Disney’s A/V deliver to the goods and as much as I’d have liked to hear an audio commentary, the included featurette is pretty informative. 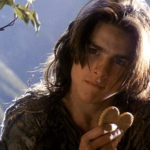 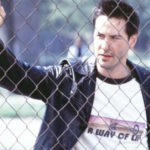