It’s amazing what the power of suggestion has on me (and plenty of others). I was in my doctor’s office for a routine physical and we got to talking. I told him about this site and his eyes lit up (not because he reads the site, but evidently he’s a movie-lover). Eventually the conversation wound up at this film, one he’d recently seen in the theater. Personally I don’t go to the theaters anymore, but his description of this had me intrigued. When I got home I looked up the cast and, suffice it to say, I was pretty impressed. Mark Rylance has proven on several occasions what a remarkable actor he is and I’d be lying if I didn’t say that I find Zoey Deutch to be one of the most attractive women on the face of the planet. Couple that (the cast) with this type of film that I like – one that doesn’t need to globetrot, and I was giddy with anticipation to hit the play button. Let’s go.

Leonard (Mark Rylance) runs a tailor shop in 1950’s Chicago. He’s proud of his work and loves to tell folks that he’s a “cutter” and not a tailor. His justification is that if the cut of the suit isn’t right, the suit won’t be either. His trusty receptionist, Mable (Zoey Deutch) is always at his side. The back of his shop is a drop box that the Chicago mafia uses to pass correspondence back and forth. Leonard doesn’t ask what’s inside, but they leave his business along so long as he continues to cooperate. But when a young gangster, Richie Doyle (Dylan O’Brien) and his associate Francis (Johnny Flynn) come in one night, it’s hard not to get involved. Richie has been shot and Francis wants Leonard to stitch him up. This leads Leonard into a rival gang over an audio cassette. The only way for Leonard to get out of this is to somehow outwit Francis, Richie and his father – Kingpin Roy Boyle (Simon Russell Beale).

Given the atmosphere, there’s a lot going on in the little room. But that’s part of what makes the film so enjoyable. Well that and the outstanding performances by the lead actors. Movies that take place over the course of one day/night have always intrigued me. So much can happen in one day, yet we all live most our lives in a routine where the days/weeks/months blend into one another without us even noticing. The standout here has to be Rylance. He won an Oscar for his work in Bridge of Spies, though he’s every bit as good here. And, of course, there’s Zoey Deutch and Dylan O’Brien – each are great in their respective roles. If action/adventure films get somewhat redundant after a while, give something like this a try. I did and I’m glad I did. But I don’t think I’ll make an appointment with my physician every time I’m looking for new things to review.

By and large, this one is a bit on the darker side. Then again, it fits with the theme of the movie. Shot in a somewhat non-standard ratio of 2:00:1 it’s a bit wider than the standard “flat” ratio, but there’s also a hidden meaning to this. It could be easy for the film to have a very claustrophobic feel to it, but it doesn’t. I know that sounds odd. With the film taking place in such cramped quarters, the way this was presented absolutely worked. The usual caveats are at play as well with striking detail, a dash of color (but by and large a very earthy-toned look) and spot on color accuracy. This is the anti-James Bond type of film with all the action taking place in just one room.

As we might imagine, there’s not a lot of dynamic audio going on here. And why should there be? The entire film takes place in a shop over the course of one night. Surrounds are barely used, vocals take center stage and lack any distortion, paving the way for a nice-sounding mix. There’s just…not a lot to say about this one. It serves the subject matter just fine, but this isn’t one that you’ll use for demo material either. It works. And that’s all that matters.

Sadly, that’s a “no go” on the supplements.

Not all movies need to have budgets over $60 million to entertain. This is about as basic as it gets and I can’t imagine the production budget was that much. I’m a firm believer in “less is more” and this embodies that to a tee. It’s a shame that Universal’s disc is featureless, but the audio and video are more then enough to make this an enjoyable viewing. 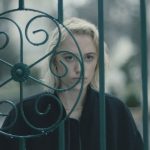 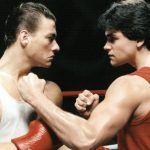