Romance is a long-standing genre in film (and books and just about every other medium out there). It’s been said that “all you need is love.” And there’s a certain truth to that. As a movie reviewer, I find that the romance genre is one of my least-viewed and not because I don’t believe in love, it’s just that movies about it aren’t really that interesting to me. Take that! But don’t get me wrong, movies like Casablanca are well-suited for the genre and they’ve become part of the lexicon that is mainstream cinema. Believe it or not, I’m arriving at a point. I’ve had The Photograph sitting in my “to be reviewed” pile for a couple of months now and I finally decided to blow the dust off the case and give it a shot. Am I glad I did? Let’s find out.

Mae (Issa Rae) is a Queens gallery curator who has just lost her mother, Christina (Chanté Adams). Enter Michael (Lakeith Stanfield), a journalist working on a story about Christina. He meets Mae and there are fireworks between them. The film is composed of two timelines, one in 1989 that focuses (pardon the pun) on Christina and a fisherman (Y’lan Noel) and the one in present day with Mae and Michael. And yes, that’s effectively it.

I’m a fan of Lakeith Stanfield. His performance in Sorry to Bother You is second to none and if you had a choice between this and that – go for that. As I alluded to in the opening paragraph, I’m simply not a fan of romance movies. Especially those that prattle on about it endlessly. The film is full of talent. I’m not saying that it’s not. But I just couldn’t get myself involved in the multiple storylines. Perhaps I need to give it another chance. For fans of the cast or writer/director Stella Meghie, I’m sure this will elicit a different response. For me, I’ll stick to other genres.

I would think with a film called The Photograph, it would have a lot to live up to when it comes to its visual presentation. That aside, the movie is beautifully shot with lots of extreme close ups, but they’re juxtaposed with some nice landscape vistas to even things out. The film is a bit dark in places, but Universal’s 2.39:1 AVC HD image seems to handle this with relative ease. Colors are strong, details are tack sharp and I was hard-pressed to find much, if anything, wrong with the way this looks.

This is a by the book DTS HD Master Audio sound mix that’s sure to please. The majority of the film is dialogue-driven and the vocals come across sounding just fine. There are some scattered surround effects for some added atmosphere and some rather natural noise that adds to the mix. It’s a good, but not great, mix that shouldn’t ruffle anyone’s feathers. It works.

This really wasn’t my cup of tea. That’s not to say that it was a bad movie, far from it actually. But I could never fully get invested in the story and the characters and when you can’t do that – well…it’s hard to recommend. Universal’s disc looks and sounds good, so fans of the genre or Stella Meghie’s work should check it out. 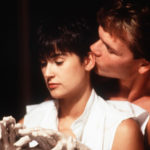 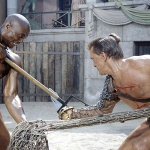