When it comes to films about exorcism or possession, there’s one that has (and most likely will) stand above the rest. Say it with me…The Exorcist. There, end of story. Ok, not really. But every few years it seems we’ve got another one of this specific genre and I want to be scared or weirded out. But I never am. Unless the star is puking green vomit saying “your mother will rot in Hell” it’s just not the same. But they keep trying. Oh yes they do. And now we’ve got The Possession of Hannah Grace, a weird sort of hybrid film that, to me, takes elements of a more recent film: The Exorcism of Emily Rose and an even more recent film – The Autopsy of Jane Doe. Both of these films are better than the one in this review. Check out one of those. But for those that are curious, here we go.

Former cop Megan (Shay Mitchell) is trying to shake off the death of her partner. She’s also struggling with alcoholism. Quitting her job, she finds work running the night shift at a morgue. She assumes that if she’s working at night, that’ll help with her addiction. Megan meets a handful of employees before a body is wheeled in. As it turns out, it’s Hannah Grace (Kirby Johnson) and we know from the prologue that she’s been possessed, but not “cured.” And it’s not long after her arrival that she escapes and starts killing others. By doing this it enables her to “heal” herself. We don’t know what her ultimate motivation is – perhaps to be alive again? With only a skeleton crew at the morgue, it’s up to Megan to try and stop Hannah.

I debated on doing a closing paragraph to this review, but, well, that’s pretty obvious. I just didn’t see anything to like in this film. It wasn’t scary, and although there were a few “jump scares” (a staple of any horror movie), I wasn’t invested in this film at all. I think the main reason is that it so closely resembles The Autopsy of Jane Doe, that I wouldn’t be surprised if there were lawsuits. That and the whole “exorcism” element of it is totally ignored, save for the first five minutes. Shay Mitchell (Pretty Little Liars) gives a relatively good performance, but nothing I was totally sold on. If horror movies are your thing and you like to be scared – look elsewhere.

By and large, films about death, exorcism or possession aren’t exactly going to light up the color spectrum. And The Possession of Hannah Grace is no different. Most of the film takes place over the course of one night and most of that in a morgue. Blue/neon lights permeate the frame, giving us a very cold “corporate” look and feel. The 2.39:1 AVC HD image has no trouble with the color scheme, though. Black levels are strong as is contrast and the detail level really gives us a look at Hannah Grace’s burned/scarred body.

Aside from the opening scene and the final one, this is essentially a dialogue-driven film. The aforementioned “jump scares” do engage all the speakers, but it’s nothing ongoing and nothing to get excited about. The included DTS HD Master Audio mix does have a few moments, though and I’ve already described them. It’s a passable mix that I felt was underused, but it might have been what the filmmakers thought was right with this genre of film.

Neither scary, nor original there’s not a lot to like about this film. Sony’s Blu-ray presentation is on par with its other day and date offerings with superb audio and video. The supplements are scarce and unless your “thing” is possession movies, I’d advise another selection. This one is a hard sell on all levels. 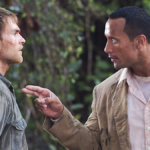 The Rundown (Blu-ray)
Next Article 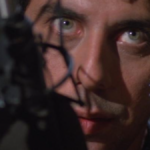