I’m constantly perplexed at how some of the little things in life can leave such a lasting impression. Case in point, I remember being on my lunch break and looking across the street at the movie theater. This site was less than a year old and only had a few hundred reviews under its belt, but I remember looking at the movie theater billboard and seeing The Skulls. The down side to running this site means I’ve spent far less time in the theaters than in years past, so having not heard of the film, waited for it to arrive on DVD. It did. I liked it and it’s a guilty pleasure that I’ve watched several times since. And looking back at the film itself, it was really nothing special other than the fact that it starred a then pre-The Fast and the Furious Paul Walker. Walker, at the time, only had a handful of acting credits to his name and among them were teen flicks like Pleasantville, Varsity Blues and She’s All That. Did this film, and the director (Rob Cohen) light the fire that turned Paul Walker into Paul Walker? Or is this just another teen, secret society, class system film? Let’s find out.

Luke McNamara (Joshua Jackson) doesn’t have a lot of money, but he’s got the drive to become a lawyer. He’s enrolled at Yale, but the finances are standing in his way of what could be a very prosperous future. Enter Caleb Mandrake (Paul Walker) and The Skulls, an elite fraternity of sorts with members in every walk of life. They’re powerful enough to pay his way though school, get him accepted into any law school in the country and pad his pockets with cash. Having turned down offers for other “clubs”, Luke is overwhelmed at first, but in the wake of an investigation a writer is caught and killed. Luke has to make the obvious choice: expose the skulls and “do the right thing” or keep his mouth shut and enjoy a life of promising prosperity. What to do…

Looking back on the film, it’s eerily similar to one of my favorite movies – The Firm. Granted that one was a lot better made, had a more enticing premise and cast, but the nuts and bolts are effectively the same. Yes, the film is downright predictable, but it’s a fun predictable and that’s what movies are all about, right? Looking back at the more senior members of the cast, we’ve got Willam Petersen, Christopher McDonald (an asset to any film, I might add) and Craig T. Nelson. The film, despite terrible reviews, was a modest success at the box office in the spring of 2000 and it inspired two sequels, neither of which I’ve seen. I guess I’m not the fan I thought I was. Still, there’s no denying that there’s a “guilty pleasure” feeling to this movie, so if you’re feeling nostalgic or want to see Paul Walker not driving a car at 100 mph, you could do a lot worse.

I have no idea why it’s taken this film so long to finally see the light of Blu-ray, but that’s not the point. But, if this movie has taught us anything, it’s that looks can be deceiving. Universal’s 1.85:1 AVC HD encode bumps up the transfer a notch or two over the previously-released DVD. Colors have a little more pop to them, contrast has been improved and detail is a little sharper. That said, the flesh tones looked a bit on the overcooked side. There was a bit of a red tint to a few of the indoor scenes that looked a bit off. Granted, I know this is a title that probably won’t garner a lot of profit for the studio, but it left me a bit irked. On the whole, it’s not a bad-looking transfer, but fans of the movie will likely not care too much and won’t hesitate to add this to their collection.

The previously-released Dolby Digital 5.1 soundtrack has been replaced by a DTS HD Master Audio track. Honestly, there’s not a whole lot of difference here save for some increased depth and dimension. Vocals sound sharp and crisp, surround effects are a bit sparse, but they do make their presence known on a few occasions. Admittedly I didn’t do an A/B comparison between the two tracks and even if I did, I doubt anyone would care too much. This is, simply put, an improvement over the original, but nothing really spectacular.

It appears that the extras from the 2000 DVD have all been ported over here with nothing new to report. This is not surprising.

As I mentioned above, it’s an odd thing when you watch a movie or have memories of it and then watch it again. Some grow on you and others you wonder what the hell you were thinking. I’m not sure I’d classify this in the latter category, but if for nothing other than nostalgia, The Skulls is worth a watch. Improved audio and video are nice to have, though the same supplements are included from the DVD (minus the DVD-ROM material, obviously). True fans will want their Paul Walker/Joshua Jackson fix, others…not so much. 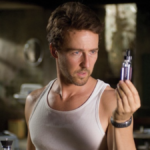 The Incredible Hulk (Blu-ray)
Next Article 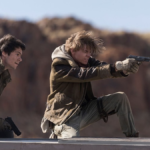