The plot of the film starts with a meeting in a hotel. Erwin (Jack Watson) nervously arrives in a hotel room where a mysterious man shrouded in darkness blinds him with a large light. Erwin is offered a job, cash to purchase a vehicle, and a specific date and time when he will need to be available. The man who gave him the date and time is Thomas Crown (Steve McQueen,) a self made millionaire. A bank robbery is committed by four strangers, including Erwin, that have never met one another. Erwin drops the money in a trash can and Thomas Crown retrieves it in his Rolls Royce. The amount missing from the bank is over two million dollars. The insurance company sends in one of their best people – Vickie Anderson (Faye Dunaway.) Vickie works on commission and is driven to have the money returned so she can receive a substantial payout. As she gathers information she begins to suspect Thomas Crown. While she begins to piece together how he did the crime, she also begins to fall in love with him. Thomas finds himself falling in love with her as she makes him vulnerable to the authorities.

The Thomas Crown Affair is definitely a crowd pleaser. Steve McQueen is cool and cavalier as the rich playboy and Faye Dunaway is beautiful and rambunctious as Vickie. Both actors rely on their charm to elevate the material and for the most part the film works really well due to their chemistry together. This is a film that in many ways can be accused of style over substance, but when the style is this elevated and the actors are so iconic, I am left without complaints. It is great to see McQueen and Dunaway bounce lines off one another as if they are in a Howard Hawks film.

This movie has an incredible amount of talent that worked behind the scenes before they made their own marks on cinema. Hal Ashby who would go on to direct classic films like Harold and Maude and Being There was an editor. Walter Hill, who adapted The Getaway for McQueen and wrote and directed 48 Hours amongst numerous great movies, was Second Assistant Director. Haskell Wexler was the director of photography right before he made Medium Cool. The writer Alan Trustman was an attorney who went on to write Bullitt and They Call Me Mister Tibbs,

Norman Jewison gets good performances out of both of his leads and I really enjoyed all of the split screen effects used throughout the film. That said, the director makes a few strange choices that stick out like a sore thumb. The biggest choice that pulled me out of the film was long lingering shots of McQueen laughing to himself. Why he felt the need to do this three times in the film, even cutting back to it from another scene, was perplexing. The other major misstep is the film has a finale that feels a little bit too brisk. The film has an enjoyable pacing that draws the audience in with a very quick footnote of an ending. I had trouble figuring out if this was due to the editing or just a directorial mistake. Either way, these mistakes are forgivable and don’t ruin the film.

Overall, The Thomas Crown Affair is a good example of “cool” cinema. The plot is engaging, the actors are great, and the style is visually compelling. I enjoyed the film and so did my whole family, so it is safe to say that you can check this one out with a firm recommendation.

Kino Lorber have recently started to release certain classic films with new 4K transfers. The Thomas Crown Affair is one of their new 4K releases, and overall it looks the best it has ever looked. That said, this film has had a substantial face-lift in detail from the previous release, but this film is not as great looking as many more recent 2K releases. The reason why this film has more difficulties than others is its heavy reliance on split-screen moments. These scenes are much more difficult to get right in the transfers and lose some clarity. I noticed a couple times where the coloring fluctuated a little bit. I kept thinking to myself, “if Criterion had done this in 4K they would have invested in cleaning up the print a little more and blown me away.” I really appreciate Kino for their efforts to release this film in a new 4K scan, I just wish the results had been slightly elevated from how it ended up looking.

Kino have provided a DTS-HD MA 2.0 track that for the most part sounds great. The soundtrack by Michel Legrand drapes the film in a melodramatic and enjoyable soundscape. My family got a kick out of Legrand’s The Windmills of your Mind, which sounds a little bit over-the-top to our ears in the present day. I thought that everything sounded pretty good, but there was one scene where I had to turn the volume up substantially that should have been leveled better. Overall, this is a pretty good track.

The Thomas Crown Affair is not a perfect film, but it still is a fun and entertaining film fifty years after being released. I really enjoyed getting to see McQueen and Dunaway acting with one another. It’s an extremely stylish film that still holds up. Kino have provided an attractive new 4K transfer and excellent supplemental materials including two fantastic commentaries. I feel confident that this film deserves a place on your shelf at home. 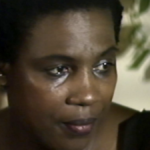