I’m a skeptic. I dont believe in Bigfoot, the Loch Ness monster or a Sasquach. I doubt the existence of a supreme being but I do love a movie that captures my imagination and at least gives me the hought that something supernatural may or may not be out there. While I doubt that’s the goal of “The Water Horse”, that’s a bit of what I got out of it. Ok, I do realize that the target audience for this movie is about twenty-five years beneath me; I found it clever, crafty and something that the entire family will no doubt enjoy. Back to my skepticism we’ve all seen the photo of the Loch Ness monster, and as the movie opens up, there’s a bit of a joke that they play on us in the course of the movie. More on that later. Some sort of proof is needed for me to truly believe and I do realize that this is a work of fiction, which is why I enjoyed it. It wasn’t trying to pass itself off as something its not.

“The Water Horse: Legend of the Deep” is actually set against the backdrop of World War II in, you guessed it, Scotland. We meet an old Angus (Brian Cox) as he’s telling two American tourists the story of the famous Loch Ness photo we’ve all seen. The story is told through the eyes of “young” Angus (Alex Etel) as hes awaiting his fathers return from the war effort. He, along with his sister and mother (Emily Watson) have just been informed they’re going to house a platoon of the British Army, led by Capt. Thomas Hamilton (David Morrissey). There’s also a handyman (Ben Chaplin) who enters the picture, but all of this pales in comparison to what the story is all about. You see Angus, who’s deathly afraid of the water, has found a rather interesting egg on the shore. He takes it home, it hatches, and what’s inside can only be described as a “water horse”. It eats tons, can grow up to ten feet in one night and its not long before the secret it out. Of course, this is the main appeal of the film and it works pretty well, giving a balance for the adults and kids.

“The Water Horse”, for some reason, worked for me. Yes, the audience is aimed at the younger generation, but with children’s fantasy movies (“Harry Potter”, “Chronicles of Narnia” and “The Golden Compass” as of late) becoming the new thing, they seem to have the right balance to satisfy both the adults and children in the audience. Lastly, I usually don’t comment on CGI effects, but I do have to say that this is one of the most realistic-looking CGI creatures that I’ve seen in film. This was made by the same team that worked on “The Lord of the Rings” and it really is amazing as to what can be done in the digital domain. You can do a lot worse than “The Water Horse”, it’s got enough action and drama to keep even the adults entertained and the kiddies will undoubtedly love the more mystical side of it. The movie is a real treat, for sure.

“The Water Horse: Legend of the Deep” is presented in a very lovely-looking 2.40:1 AVC HD transfer that really brings out the detail in the transfer. I’ve never been to Scotland, but the location used here is one of the unspoken characters in the film. The rich and lavish valley looks radiant and flesh tones seem unusually bright (that or the actors all have very pale skin). As we might expect, there’s no edge enhancement to take away from the experience and as I mentioned above, the CGI creature looks as real as anything I’ve seen in film. As a new to Blu-ray release, I can’t say that I was expecting anything less than what this looks like, but even some new releases have their faults. This, however, is not one of them.

As impressed as I was with the video transfer, I have to say that I was more than pleased with the Dolby TrueHD track. As I expected, the dialogue was strong and centered, but there are actually several things that blow up in the movie (remember the World War II part of the film). The LFE are used to great effect and it’s a level of audio that I didn’t think the movie had or would even tackle. The ending act contains some of the most robust sound I’ve heard in a while and while unexpected, it was certainly a good thing.

“The Water Horse” comes with just enough extras to warrant a purchase and there’s even a Blu-ray game that the kids can play. A few featurettes show us the evolution of the creature and some interviews with the folks that made him/her (actually it’s both) and the new technologies that made it all work. A few deleted scenes are included as is the trailer. 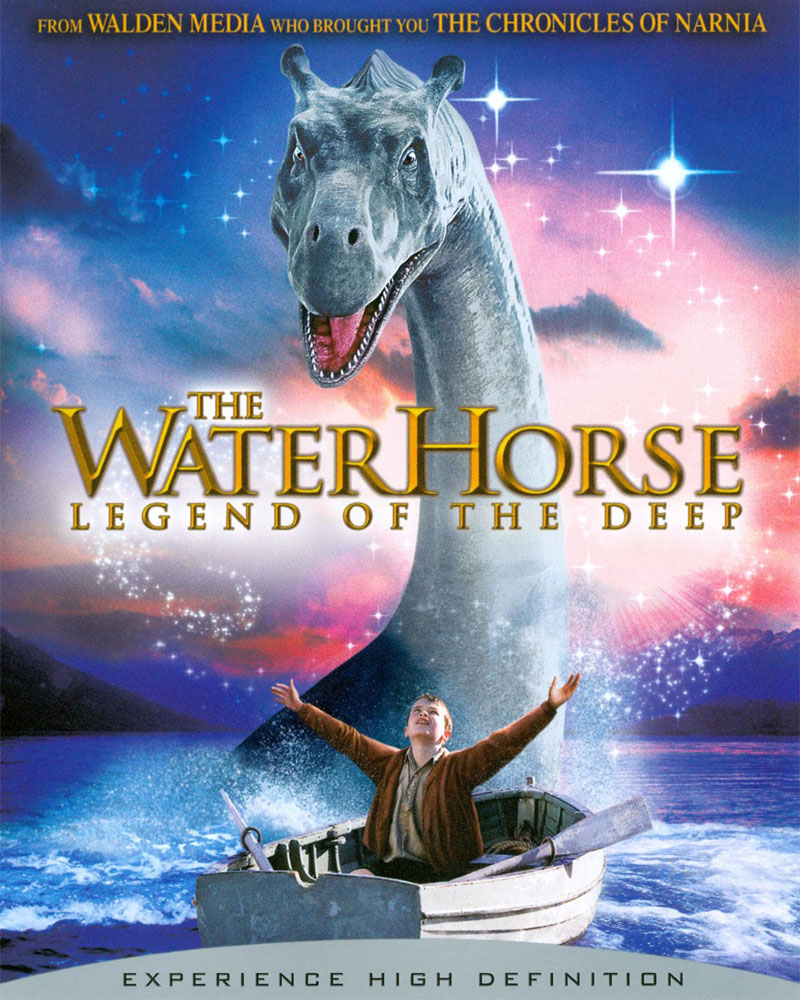