I’ve never had an encounter with a biker, nor have I ever wanted to be one. Outside of a moped, I’ve never even been on one. I can’t say that I ever will, either. I have nothing against people who ride motorcycles (aside from not loving the loud noise that a lot of them make), but I am fine within the confines of my SUV. I listen to my tunes, flip on the A/C in the summer and the heat in the winter, and let the good times roll. Ahhh, life is good. OK, I’ll stop now. The Wild One tells the story of a biker gang who pull into a quiet, California town and wreak havoc on the people and their businesses. The town could almost be seen as a ghost town since there’s so little that happens (even by the 1950’s standards in which the film takes place). Most of the biker gang are interchangeable in that we really don’t learn much about them. Instead, the focus becomes on the leader of the pack, Johnny (Marlon Brando). The gang treat him almost as if he’s a God. They do whatever he tells them, let him decide if they’re going to stay in the town or not. We see them causing wrecks in the street, stirring up trouble in the bar, and interfering with a racing competition. Johnny even steals a trophy. The tension only furthers when Johnny falls for Kathie (Mary Murphy) who works at the diner and whose father happens to be a cop. There’s also a rival member from another gang, Chino (Lee Marvin). There’s little going on in terms of plot, but the film maintained my interest, and kept me anxious to see what would happen next. It’s also great to see Brando in a role that more or less defined him. Even James Dean seemed to be mimicking Brando in his handful of films a few years later. I doubt we’ll ever see an actor quite as iconic as Brando was, especially in today’s world.

The film begins with a text warning about the events in the film. Truthfully, the film might seems a bit tame for more modern audiences who see much worse than this. It’s interesting to see just how much the world has changed. Back then even the cops were more down to earth and would be more understanding to both sides of an argument. Today, they wouldn’t think twice before locking away hooligans like this. Still, the film entertained me consistently throughout its brief running time. Despite some repetition, the pace moves along nicely, and Brando is always a treat to watch on screen. One can enjoy the film on its own terms, but it’s easy to see how it inspired future films as well. It pretty much laid the groundwork for films such as Easy Rider and Rebel without a Cause. It’s flawed and shows its age considerably more often than not, but it also holds up surprisingly well. And, with its current low asking price, picking this disc up is hardly a choice at all. Fans of these sort of flicks should definitely add this to their collection.

Appearing in a 1.34:1 Black and White transfer, The Wild One still looks quite nice in HD, especially for a film of its age. Details are strong throughout and the colors (while obviously limited since this is B&W) are still strong. Background shots were strong as well. Facial features also shine through nicely. There’s some grain here and there, but nothing too distracting, and most fans shouldn’t mind. All in all, this transfer serves the film well.

We get the film’s original Mono mix via DTS HD 2.0. Don’t let that deter you, however, as the track sounds just fine. There’s a jazzy score heard throughout a few scenes that works just fine. It’s the loud motorcycles that many will remember the most. Dialogue is clear as well, with no issues to speak of.

Nada. Zilch. There are no previews or anything, just a main menu that allows you to play the feature or access subtitles.

It may seem more than a little tame to a modern audience, but it’s hard to write off this film. Brando plays the lead role flawlessly, often making an impression by just standing still and not saying a word. The disc looks and sounds fine, but the lack of features definitely stings. Still, it’s relatively inexpensive and should make the decision to purchase all the easier. Recommended. 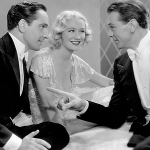