The Zero Theorem is the newest film by Terry Gilliam. Gilliam is in my opinion one of the most interesting directors out there, and watching the film his fingerprints are everywhere. Watching the first five minutes of the film I felt extremely excited as I watched the main character played by Christoph Waltz walk down the street and literally be followed by advertisements. It immediately became apparent that Gilliam was revisiting some of the themes from Brazil, one of his best efforts. Unfortunately, after an amazing first fifteen minutes the film runs into some pacing problems. It is hard to pinpoint why it is not absolutely captivating, but I would argue that it comes down to the writing. There is too much dead space, between really great ideas.

Christoph Waltz plays Qohen Leth, a spoke in a giant corporate machine. Qohen is assigned the task of crunching entities for a major corporation by matching mathematical data in a complex virtual reality world. Qohen is having immense difficulty doing his job because he is suffering from depression. He is convinced that he is dying and that everybody else on the planet is dying also. Qohen goes to physicians who assess him and say he must continue to work. His boss Joby, played by David Thewlis, needs him to continue working, but invites him to a party where he can meet management and hopefully figure everything out. Upon meeting management he is assigned a new task: crunching the Zero Theorem. The idea behind the Zero Theorem is that everything returns to zero. Zero afterlife. Zero meaning in life. Zero reason for existence.

The rest of the plot is equally bizarre and it raises plenty of interesting questions and ideas. The problem with the film has nothing to do with Gilliam’s direction or the obviously hard work that they put into costume and set design. All of these are top notch. The acting is also excellent for the most part. I just did not think the writing was as tight as it should have been. There are huge ideas at work, and the ending comes extremely abruptly and leaves most of the ideas up to the viewer to interpret. This would be fine if the ending didn’t feel like a cop out. You will see what I mean.

At the end of the day, I am still glad I watched The Zero Theorem and I am excited to see Gilliam returning to some of the themes of Brazil. If Brazil and 12 Monkeys are basically Gilliam at top form, and Tideland is Gilliam’s worst, The Zero Theorem falls somewhere in between. Some people will enjoy this film much more than I did, and some people will hate it. Also, the film deals with some sexual issues that may make a viewer a bit uncomfortable at times. I will undoubtedly watch the film again, and may need to change my review after re watching it. For the time being, I would recommend renting it.

Gilliam shot the film in 37 days on an eight and a half million dollar budget. The results for the most part are stunning, with a little bit lacking in some of the special effects. The transfer provided here is very good. The depth and clarity for the most part is excellent. The film looks just like you would want a Terry Gilliam film to look and the transfer was excellent. Fans of the film will be glad to know that there are no compression issues whatsoever. Solid stuff.

The original master audio is presented in DTS-HD 5.1 surround. Most of the time the audio mix is a home run, deftly blending in the score, the numerous sound effects, and the actors’ voices with ease. Unfortunately, the mix is a bit uneven at times. The film seems to alternate between relative silence and being very loud. This just means you will need to keep your remote in your hand. I still think the mix was pretty top notch, but it definitely kept me on my toes. The other problem with the mix involves dialogue clarity. I found myself having trouble understanding Thewlis and Waltz at times. It seemed like they were whispering in very loud rooms. Overall, the mix is very good, but it could use a little tinkering.

The Zero Theorem is almost a fantastic film, but for me fell short of fleshing out some of the large ideas in the film. It is not on the same level as Gilliam’s best work, but it is still a Gilliam film with some interesting ideas. The film suffers from pacing issues and an ending that left me disappointed. I still enjoyed watching it, but I love Gilliam and his films. If you are not a Gilliam fan ovoid at all cost, but if you love Gilliam you still may want to rent the film first. The Blu-ray is of excellent quality overall, with extremely satisfying supplements. If you are a fan of the film there is no reason to hold out on buying this edition. 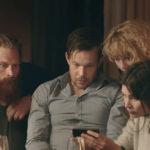