I had just graduated from High School in May of 1991 and was at a CD shop (you don’t see those much anymore, do you?) I came across the soundtrack for a then “new” movie called “Thelma & Louise.” I tend to judge books, or in this case, CD’s by their cover so I instantly labeled this as a chick flick. I mean, let’s face it, a Polaroid of two women in a convertible? Chick flick. About a week or so later, I actually made it to the theater and figured that I’d see the movie as it was directed by Ridley Scott. Scott, at the time, had directed several films and “Alien” was among them. I figured any person who could go from sci-fi horror movie to chick flick certainly merited my $5. As it stands, “Thelma & Louise” was one of the most critically-acclaimed films of 1991 and remains one of my favorite movies. And I’ve seen a lot of movies. Ironically enough, the film might be best known for introducing us to an up and coming young actor by the name of Brad Pitt. Heard of him? Turns out his future was bright.

Louise (Susan Sarandon) has had a tough life. She’s a waitress at a local coffee shop and has planned to go on a weekend getaway with her best friend, Thelma (Geena Davis). Thelma is the yin to Louise’s yang and lives in pseudo fear of her husband, an all-talk but no action couch potato by the name of Darryl (Christopher MacDonald). The girls enjoy their time away, but Thelma is assaulted in the parking lot of a bar. Louise shoots and kills the potential rapist and the two make a quick getaway. From this point forward the movie becomes a cat and mouse game. The FBI is brought in to help catch the ladies and is led by Hal (Harvey Keitel). As Thelma and Louise continue to avoid the long arm of the law, their relationship grows. Along the way they meet a drifter by the name of J.D. (Brad Pitt) whose good looks mask his ulterior motives. Time, though, is running out and Thelma and Louise must decide to surrender to the officials or keep going. If life is about the journey and not the destination, then “Thelma & Louise” celebrates life.

Don’t make the same mistake that I did. Don’t judge a book by its cover. Yes, on the surface, “Thelma & Louise” might look like a typical chick movie and I suppose in some aspects it is. But there are some deeper issues at play in the film and rape and murder are just a couple of the issues tackled. Apart from the two leads, Harvey Keitel, Christopher MacDonald and Harvey Keitel offer some great supporting roles and as we’ve discussed, Brad Pitt used this movie to catapult his career into superstardom. When you look back at the films of Ridley Scott, a few will stand out and as talented a director as he is, I’d put “Thelma & Louise” near (if not at) the top of that list. It’s hard to believe that it’s been two decades since this film first hit theaters, so if it’s been a while since you’ve seen it or never have had the pleasure – it’s worth the journey.

Ridley Scott shoots most all of his films in a wide 2.40:1 aspect ratio. “Thelma & Louise” is no exception. This new Blu-ray features that wide picture with a new AVC HD transfer that celebrates the landscape of the southwest. A majority of the film takes place outside, so we see the dark blue sky contrasted with the orangish-brown mountains of East Texas and Arizona. Flesh tones are on par, though some scenes tend to be a bit on the warmer side. Detail has been bumped up a notch or two from the previous standard DVD release, but not to the point where it looks fake. Contrast and black levels are both right on the mark. I know I sound like a broken record, but “Thelma & Louise” has never looked better.

On the audio side of things, we get a new DTS HD Master Audio soundtrack that breathes new life into the old Dolby Digital 5.1 soundtrack. By and large the movie is dialogue-driven, but the soundtrack does take hold at certain points and the ending B.B. King song “Better Not Look Down” has never sounded better. There are a few directional effects, a few shots fired that’s to say, that are an improvement as well. The movie has a nice, solid soundtrack that sounds as good as ever on this new Blu-ray.

In regards to supplements, there’s nothing new or exclusive to this 20th Anniversary Edition. But that’s ok, because what’s included is fairly robust. There are a pair of commentary tracks, the first by director Ridley Scott who covers a lot of aspects about the shoot, casting and the overall theme of the film. Scott gives some pretty informative tracks. The second track is with actresses Susan Sarandon and Geena Davis joined by Callie Khouri. This track is a little more dead, with the actresses kind of watching what goes on during the movie, but not offering that much in return. If you have a choice, go with Scott’s track. There are some rough deleted and extended scenes as well as the original, extended ending. As you’ll see, it’s a little too much and I’m glad they went with the alternate ending. We get a couple of featurettes (one “vintage”) as well as a breakdown of the final scene “The Final Chase.” A music video “Part of You, Part of Me” by Glenn Frey is included as are some TV spots and the original theatrical trailer. 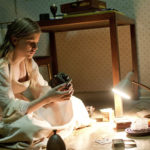 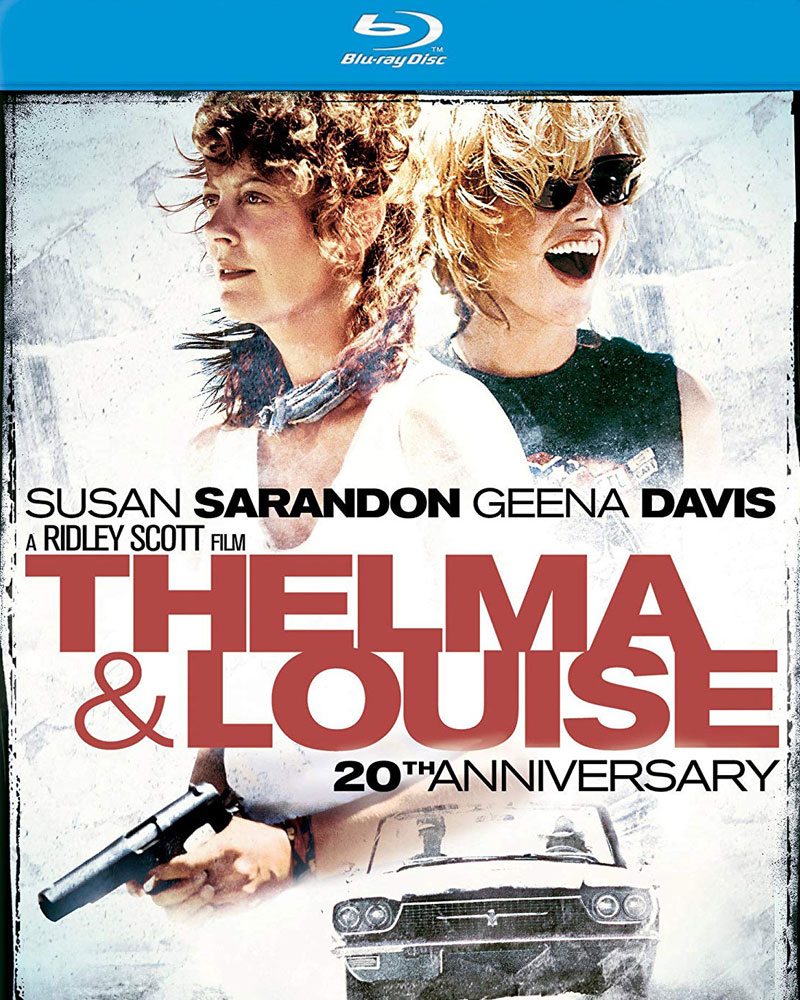