Having only seen Thursday one time prior to this review, I recall enjoying it a good bit. I got a craving of wanting to see it again, and that’s why I’m here. I went ahead and bought the Blu-Ray, courtesy of Kino. I appreciate them bringing otherwise hard to find titles to the HD format, and often, well presented. Released in late 1998, the film very much has that (at the time) familiar 90’s Indy vibe to it by the way scenes unfold and the characters all talk. It is either your cup of tea or it isn’t, but it is precisely why I enjoy the film so much. They really don’t make films like this anymore, but hopefully this one garners a bigger audience now.

Thursday begins in a Los Angeles convenience store where we’re introduced to a few characters, starting with Nick (Aaron Eckhart), Dallas (Paulina Porizkova) and Billy Hill (James LeGros). Nick is having issues with the clerk who doesn’t want to honor the deal on the coffee or give Nick the free Danish that comes with the cup of coffee. It’s an opening that one really must see to fully appreciate, but Writer and Director Skip Woods does a great job of keeping things somehow lighthearted and mundane, yet also filled with an uneasy feeling of what might happen if the clerk doesn’t loosen up a bit. It’s a great introduction to these characters and the world that is being set up. We then cut to Thursday morning in Texas where we meet Casey Wells (Thomas Jane) living what appears to be the ideal suburban life. He is married and he and his wife hope to adopt a child. He receives a call from Nick saying he’s in town for a couple of days. With his wife gone for work, the two eventually reconnect, and we’re never quite clear of the history between them or if Casey may have more to his past than we’re initially told. Nick borrows Casey’s car, and leaves some of his belongings at Casey’s house. His curiosity gets the better of him, and Casey opens one of Nick’s briefcases only to find that it is filled with drugs. Casey flushes the heroin down the sink, and this creates lots of trouble. In what becomes a rather comical sort of revolving door, Casey is greeted by frequent guests, but none of which he wants to see. To spoil things would do the film injustice, but each of them are perfectly cast and bring their own unique spin to the film. I particularly liked the hitman who has a heart and is hoping to get a record deal with the person who assigned the hit. There’s a nice balance of humor and the unease of wondering just how Casey is going to make it through the day and get out of the mess he’s now involved in. The film has its share of violence and language as well. I won’t even get into the character of Dallas and when she strips naked and does something to Casey (all while he’s tied to a chair), but it’s one of many shocking moments in the film. While we’re confined to mostly a single setting, the film does include some flashback sequences that fill in some of the details for us. Mickey Rourke even shows up towards the end of the film in a smaller role, but does fine with what he’s asked to do.

What surprised me most when I revisited this film was how well it holds up and how nicely Woods keeps things moving. I was very involved in wanting to see how things would turn out. I pride myself on having a good memory, but I didn’t remember just every little detail, but it made this viewing still enjoyable to see it all unfold. It’s very much a 90’s film when these Indy films became mainstream and were churned out quite often. What works so well here is that it doesn’t feel like a carbon copy of other films. It’s clear of the influences, but Woods brings his own style here. The cast also rises to the occasion. It can be a hard film to watch, but if you like films of this sort then I strongly suggest checking it out.

What a nice transfer we get here. Kino has done a great job. It comes with a 1.85:1 ratio and has been cleaned up considerably. Details are fine, background shots nice and all in all, things appear natural and sharp looking. This isn’t a big budget film, but it never looks spotty. I can’t think of any notable flaws worth mentioning. Viewers should be pleased with the results here.

I opted for the DTS HD 5.1 track which kept things lively and kept me engaged. Vocals are clear and the heavier moments added life to the track as well.

While very much a product of the 90’s, that is precisely why I enjoyed Thursday so much. It won’t be for everyone, but for those who enjoy this style of film should check this one out. It has a great cast, good story and moves along nicely. It remains full of surprises and is unpredictable. Virtually every character who shows up brings a unique spin and is given something interesting to do. I’d recommend purchasing it for fans, but all others should at least check it out. 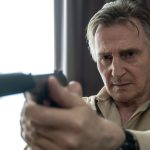 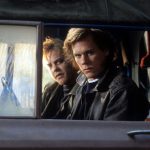