Ok, full disclosure here – I have no idea what a “troll” is. Well, ok, I do in the sense that they used to guard bridges in Monty Python movies, but that’s about the extent of my knowledge of these fictional beings. I know they’ve got wild hair and are generally pink or orange in color. But yeah, aside from that, I had no idea what to expect when watching this movie. And having just turned another year older, I can say that this film is more likely than not aimed at a guy in his early to mid 40’s. And if it is, well…I don’t know what to say. Moving on…I will say that the world of animation does allow filmmakers to do and, for lack of a better term, “get away” with things that most likely wouldn’t be too kosher in a live action film. Are the trolls cute? Yep. Do the bright colors and pop music make them seem happy and harmless? I’d say so. But there’s a little more than meets the eye with these things, oh yes!

It’s been twenty years since Poppy (voiced by Anna Kendrick) escaped captivity by the Bergen’s (the bad guys). So what’s a girl to do? She throws a party, much to the chagrin of Branch (voiced by Justin Timberlake), her best friend. Branch is a troll, grey in color (and it might be argued, nature) who thinks this little shindig will attract the Bergens. And, what do you know – he’s right! Several of their friends are kidnapped which forces Poppy and Branch to embark on a quest to save their beloved friends. Naturally they encounter a colorful cast of characters starting with Bridget (voiced by Zooey Deschanel), a Bergen maid who’s guarding their pals and who may or may not be seduced into helping the trolls escape. However Poppy has a thing for Creek (voiced by Russell Brand) who manages to strike a deal of his own to save himself. Well that’s not too nice now, is it? There are other assorted adventures and scenarios, but I’m sure that the point is sufficiently made.

Yes, the trolls are cute and yes there are some laughable moments in the film. But let’s take a look at the rating, shall we? It’s PG, which is by no means bad, but there are a few things in here that might influence kids – and not in a positive way. The protagonist, Poppy, is a manipulative little twerp who always seems to get her way. I can only imagine how many kids are using her excuses to justify their actions. Or maybe I’m reading way too much into a movie about trolls? The film was a moderate success at the box office and garnered generally favorable reviews. There’s no shortage of talent with the voice actors and Justin Timberlake and Anna Kendrick (both professional singers as well as actors) do a great job with their respective parts. Admittedly I’ll never watch Trolls again, but that’s not to say that it doesn’t have some clever moments and will probably deliver for the little ones.

Generally speaking, any movie that’s of the computer animation genre will look amazing on your television. And this is the case with Trolls. What – you thought it’d look bad? Granted, your target audience might not care if the 2.35:1 HEVC transfer sparkles with every color of the rainbow. They might not take into consideration that the images are razor sharp and that the texture is clearly visible on their, uh, “skin.” I’m quite sure that the little ones won’t factor into account that the high dynamic range is nearly off the charts. No, more likely than not they’ll just laugh at the way some of the trolls look. And that’s fine, but for the rest of out there – it’s quite a sight.

Depending on which version of the movie is played, Blu-ray or Ultra HD/4K, you’ll get a bevy of different soundtracks. The Ultra HD version does sport a superior Dolby Atmos track that’s downsampled to a nearly equally robust Dolby TrueHD track. If you choose the Blu-ray, and I don’t know why you would if you ponied up the cash for the 4K version, you’ll get a nice-sounding DTS HD Master Audio track. You really can’t go wrong here, both Kendrick and Timberlake have no problems with their roles and we know that both can carry a tune. Surround effects are prevalent, the front stage never stops working and I wasn’t really able to find anything wrong with the way this sounded. Get your troll on here. I just typed that. Odd.

No extras appear on the 4K version, they’re all located on the Blu-ray.

Trolls won’t change the world, but if you can suspend you disbelief for 90 minutes, it’s actually not that bad. Timberlake and Kendrick make for a nice pairing and if you’re just tipsy enough – you might find yourself singing along. Top notch audio and video scores along with a slew of “run-of-the-mill” features might entice viewers to pick this up…for their kids. 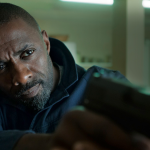 The Take (Blu-ray)
Next Article 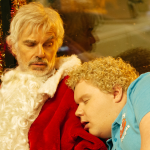