Thank God for Twilight Time. Maverick director Samuel Fuller has recently been given a good amount of attention by the small label with their beautiful releases of such films as The Crimson Kimono, Hell and High Water, and House of Bamboo. Samuel Fuller tended to direct fairly over-the-top pulp films that have their own ways of doing things. His sense of dialogue is not subtle or realistic at all, but it sounds the way I want people to talk. With Underworld U.S.A., Fuller achieves a revenge story that is so well-shot, so stylishly executed, so engaging to watch – that it borders on visual poetry.

The plot of the film starts with a young fourteen year old named Tolly walking down an alley on New Year’s Eve. A drunk man passes out in the alley and Tolly steals his wallet. Refusing to share the profits with another kid, the kid slashed his face above his eye. He goes down another alleyway to Elite Bar where the ship-owner, Sandy, patches him up. She warns him that he is going to turn into his father if he isn’t careful. When they hear a man being beaten they walk out into the alley. Tolly sees four shadows beating the man and then Vic Farrah runs past him. It turns out the man being beaten to death was Tolly’s dad. Tolly meets a District Attorney named John Driscoll and tells him that he plans to get revenge his own way and that he wouldn’t fink on the men who killed his dad. As twenty years pass, Tolly (Cliff Robertson) becomes a minor criminal and ends up in prison with Vic Farrar. He gets the information he needs to seek revenge on the other three men who killed his father. Along the way he meets a beautiful and mixed up dame named Cuddles (Dolores Dorn.)

I could go on and describe more of the plot, but so much of the fun is just seeing how it plays out. I am an unabashed Samuel Fuller fan and have grown accustomed to his stylistic flourishes in his films. It took me a little while to see the full value of his films, but after seeing the amazing House of Bamboo, I knew that he had entered my pantheon of cinematic heroes. In this film, I feel that Samuel Fuller gives one of his most direct and succinct films. Scorses said that every shot in the film “hits you.” I agree. The plot has been drilled down to only the necessary pieces needed, there are no scenes that go on a second to long, the dialogue never goes past the necessary point. It is like Fuller is trying to cram a two hour film into 99 fast minutes and editors today should take notice. Editors today seem to have lost the sense that the verbatim before commonly displayed. By using constant camera movement, Fuller very rarely uses cutaway shots. It’s something to behold and honest to god should be taught in film schools.

Add on top of that the shots that Fuller chose to use. It is easy to see how his work influenced Scorsese. Watch The Departed again and tell me this was not fresh on his mind. The black and white cinematography achieves the perfect noir balance – full of shadows and lit atmospherically in a way that would have made early Fritz Lang jealous.

You also get to see Montgomery Clift do his thing. He is pure dynamite and manic energy – a Cagney caricature in 1961 America channeled through a street wise hood. The plot itself has as much that it owes to The Count of Monte Cristo  as it does to Dashiell Hammett’s Red Harvest. I could go on and on about this movie, but in Fuller fashion I will keep it brief.

Sony have provided a jaw dropping new transfer in 1080p with an MPEG-4 AVC encoding and 1.85:1 aspect ratio. I feel pretty confident to say that this new transfer must have been from a 4K source because it rivals the best transfers that I have seen in the last year. To say that this film looks gorgeous on Blu-day would be an understatement. Fuller was a visual storyteller who knew how to lay out his shots. This film may be his most visually compelling with beautiful black and white cinematography by Hal Mohr. This is one of the best transfers in Twilight Time’s catalog, and one of the best transfers I have seen this year. Absolute perfection.

Twilight Time have provided a DTS-HD MA 1.0 track. It has excellent fidelity to the original elements. The score by Hatfy Sukman gets a good lift from the format. Dialogue is crystal clear, although there are a couple scenes where characters whisper and I had to turn my volume up. Fans will be pleased.

Underworld U.S.A. finds Samuel Fuller doing everything that he does best. Great dialogue that only Fuller could write and an excellent leading man in Montgomery Clift. This may just be my favorite of Fuller’s films and it deserves better recognition. To me, this film is a straight up masterpiece of pulp noir. Revenge is oh so sweet when it is put together like this. Twilight Time have licensed an absolutely gorgeous transfer from Sony that rivals anything that Criterion or anybody else is putting out there. 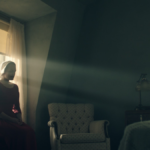 The Handmaid’s Tale: Season One (Blu-ray)
Next Article 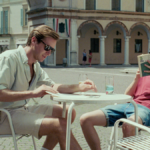