Arrow Video recently sent me a copy of Richard Wenk’s teenage college buddy vampire flick, Vamp. I had never heard of the film, but this is the calling card of Arrow’s strange and very fun lineup. To put this film in perspective, it was released the same year as Dead-End Drive-in, and uses a lot of that same neon palette for effect. If you have seen that film, you can cross it with a Weekend At Bernie’s style comedy.

The film begins with the two main characters, AJ (Robert Rusler) and Keith (Chris Makepeace) convince the fraternity that they are pledging that they can get a stripper for their party the next night. To accomplish their goal they enlist their dorky rich friend Duncan (Gedde Watanabe in a non-stereotypical role) and head into the city. Once in the city they encounter an Albino-led street gang and end up in a strip club that has some strange sights. None stranger than Katrina, played by Grace Jones. Oh, yeah, and there are vampires. All of this wackiness is happening as Keith tries to remember who Alison (Dedee Pheiffer) is and why she remembers him so well.

To describe the film, it is a little bit reminiscent of From Dusk Till Dawn and Shawn of the Dead, while being very Eighties. The film is not perfect, with pacing issues affecting the film and the film never really achieves any scares. That does not mean that there are not redeeming qualities in the film. All of the actors put in pretty likable performances, with Dedee Pheiffer stealing each scene she is in, and Billy Drago is pretty cool as the evil albino. Grace Jones definitely pulls off the vampire deal pretty well, but I am just genuinely frightened of her in general. My favorite part of the film is the great look of the film from director of photography Eliot Davis, who went on to a great career, including Steven Soderbergh’s Out of Sight. The neon colors in the film look awesome to me.

Overall, Vamp is a fun, if flawed, romp through neon colored urban eighties with vampires in a strip club. Even with the action taking place in a strip club, the film maintains an innocent naive vibe to it that makes it work. I recommend a rental before a purchase, but it is a pretty fun movie.

Arrow Video did a very solid job on the transfer of the film using an MPEG 4 AVC codec of a new 2K restoration. This is a good looking transfer, and the movie overwhelmingly looks fantastic. Eliot Davis’s neon urban landscapes are really fun to see on Blu-Ray and the film absolutely benefits heavily from the format. The only time the film looks rough are the very first scene of the film while the titles roll. Another solid transfer from Arrow Video.

The audio treatment of Vamp was pretty good. Since it is an LPCM 2.0 track, dynamic range is limited. This film’s score is fairly forgettable, but gets the job done. I didn’t notice any pops or hisses and dialogue is clear throughout the entire film. Good track.

Vamp is not a perfect film. Parts of the film struggle to form a cohesive whole, but I still enjoyed it. I think that is mainly due to the obvious friendships that were formed on the set, and the fantastic photography by Eliot Davis. I am a big sucker for neon colors. The supplements include an early short film by the director and a really fun documentary on the making of Vamp. At the end of the day, I recommend a rental before a purchase, but if you are a fan you will be happy with the care that Arrow has taken with the film. 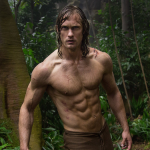 The Legend of Tarzan (Ultra HD 4K Blu-ray)
Next Article 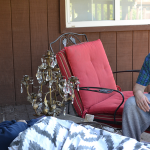