Shout!Factory has a solid track record of releasing science fiction films under their Scream Factory line. I love science fiction films and when I saw that they were releasing the pathogen outbreak thriller Warning Sign, I was excited to check it out. Warning Sign predates the filmOutbreak by a decade. It does not benefit from the nonfiction book The Hot Zone like that film did, but it’s an interesting film that has some cool premises.

In Utah, at the agricultural laboratory of BioTek Agronomics something is about to go horribly wrong. While taking a photo, the medical crew on duty lift up their visors in celebration. One of the doctors accidentally steps on a vial that holds an engineered virus. The biohazard alarm rings out and Dr. Nielsen alerts the security guard on duty, Joanie Morse (Kathleen Quinlan,) to follow protocol one and that it is not a false alarm. Joanie’s husband, Sheriff Cal Morse (Sam Waterston) is on the outside of the facility while she is trapped inside. The group of scientists that are also trapped inside, led by Dr. Schmidt (G.W.Bailey,) say it is a false alarm, but Joanie follows protocol. The doctors that are trapped in the lab kill the lab monkeys and inject themselves with an unproven antitoxin. Outside the building, the US Accident Containment Team led by Major Connolly (Yaphet Kotto) arrives. Seeing the extent of the outbreak, he has no recourse but to seal the area off completely. It seems that eight people are dead – the entire blue harvest group- and there is no way of knowing who else is infected. On the outside, Cal recruits a former doctor from the lab named Dr. Dan Fairchild (Jeffrey DeMunn) who had worked on an antidote to the virus before leaving his post. On the inside, Joanie is overrun by the crew which break into her office and force her to give the override code. The code has been changed. They are all stuck in there. Meanwhile, people from the government are coming in to the building to try to control the situation. The doctors exposed to the pathogen begin to die and then something else happens. The pathogen begins to turn the crew members into psychotics by activating their rage centers. Cal and Fairchild must figure out a way to rescue Joanie as her friends and colleagues turn psychotic and violent.

Warning Sign is a smaller budget film that has some big ideas. Writers Hal Barwood and Matthew Robbins had sharpened their craft by working with both Spielberg and George Lucas early in their careers. They had written the screenplay for The Sugarland Express and had been uncredited writers that helped on Close Encounters of the Third Kind. The writing of the film never becomes as serious as some of the other lab based sci-fi films which leaves the film feeling lighter than those but consequently a little less thrilling. Hal Barwood took on the task of directing the film and was helped along by producers whom had worked with George Lucas and Spielberg. The movie benefits from cinematography by the legendary Dean Cundey (The Thing, Jurassic Park.) This helps to elevate the film above its budgetary constraints. Barwood surprisingly never directed another film. He chose to go into the video game business with Lucasarts and worked on one of my favorite video games of all time Indiana Jones and the Fate of Atlantis.

The film benefits from four enjoyable performances. Kathleen Quinlan does a good job in the role of Joanie. Yaphet Kotto and Jeffrey DeMunn are both well cast in their roles. Sam Waterston is also up to the task as Sheriff Cal Morse. Nobody phones it in and they all make the lines work – except for a strange line regarding zucchini pancakes at the end of the film. I don’t think anybody could rescue that line!

Warning Sign spreads to Blu-ray with a 1080p MPEG-4 AVC encoded image in 1.85:1 aspect ratio. I was impressed with the transfer of the film. Fine detail is great and the film is not persistently grainy or soft. There are a couple instances where some heavy grain is apparent, but they are very rare. The film does display some specking, but I can’t imagine a fan of the film being thrown off by any of these issues. Dean Cundey’s cinematography looks nice and elevates the film from its humble origins.

Similar to the video, the audio presentation on Warning Sign is very well done. The DTS-HD MA 2.0 stereo track is not the most sonically ambitious that Shout has released this year. Obviously, dynamic range is somewhat limited, but the track uses the sound field well in the mix. Dialogue is very clear and the somewhat boring soundtrack by Craig Sagan is presented well.

Warning Sign is a fun science fiction film with some great elements. While it is overshadowed by more recent biological terror films, it still stands as an interesting Cold War science fiction film. Shout!Factory have provided an excellent looking transfer and over an hour of interesting supplemental materials. Fans will surely want to upgrade their disks, but others may want to rent the film to see if it will have much replay value for them. 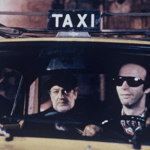 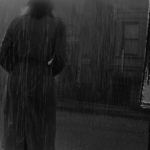