Party on Wayne! Party on Garth! Woo hoo! It’s hard to fathom that it’s now been 30 years since Wayne’s World took the world by storm on the big screen. Now, for those that don’t know, the movie was based off a skit on Saturday Night Live and it’s become the standard ever since. In fact, it was probably due to the success of this movie that we have so many other SNL skits hit the big screen. What it really did was cement Mike Myers status as a bona fide movie star. This undoubtedly led him to roles in the Austin Powers movies as well as the Shrek franchise. So I suppose you could say that Wayne’s World was a pretty important movie. As with most films based on a five minute skit, the plot wasn’t exactly hard to follow and the basic premise behind Wayne’s World is that the two leads have no ambitions in life aside from rock and roll all day and night. Naturally the soundtrack was a big hit as well and it even launched a resurgence in the rock band Queen, who’s “Bohemian Rhapsody” is prominently featured in the film. Before I date myself too much more and assume that everyone knows who and what Wayne’s World is, here’s a synopsis for those that don’t.

Wayne (Mike Myers) and Garth (Dana Carvey) run a show out of their basement, aptly-titled “Wayne’s World”. The two aren’t that intelligent and spend most of their time dishing on non-existent gossip and generally making asses of themselves. Think of it as the YouTube of the early 90’s except without the internet. The show catches the eye of Ben Oliver (Rob Lowe) who makes them an offer they can’t refuse and all of the sudden Wayne and Garth are thrust into the limelight with their newfound success and stardom. Wayne becomes romantically involved with Cassandra (Tia Carrere), the leader of a rock band. As Wayne and Garth start to discover that their show being big time isn’t all its cracked up to be, they long for their days when no one knew them. Will Wayne end up with Cassandra? Will Ben relinquish the show back to Wayne and Garth or will they lose their show and their individuality as well?

Wayne’s World gave us a few unforgettable phrases (that could be a good thing or a bad thing, depending on how you look at it) such as “…NOT” and “Schwing!”, both of which are still in our vernacular. The movie was such a success that it inspired a less-successful sequel the next year. There was talk of a third, but it never came to fruition. The movie was somewhat of a template for some of the mindless teen comedies that made their way to the big screen back in the 90’s and certainly it paved the way for other SNL skits into feature-length films. Off the top of my head we’ve had A Night at the Roxbury, The Ladies Man, Stuart Saves His Family, Superstar and The Coneheads. Lest we forget the original SNL sketch to go to screen was The Blues Brothers which will probably never be topped.

Wayne’s World first arrived on Blu-ray over a decade ago in a fair-looking 1.85:1 AVC HD transfer. The film is now three decades years old, but I’ve seen plenty of movies older than this look better than this. That’s not to say that the film looks bad, per se, but I was expecting a bit better. Colors seem a tad dull and drab and I saw some noticeable artifacting in a few of the darker scenes. Flesh tones seem warm and natural and the detail increase was noticeable and much sharper than the previous DVD releases. Fans will buy this no matter how it looks, but I was expecting a touch better from such a high profile release.

The same Dolby TrueHD soundtrack is present and actually sounds very good. As anyone whose seen the film knows, Wayne’s World is full of music and fairly good music at that (we’ll leave “Ballroom Blitz” out of it though). Dialogue is normal and the surrounds are surprisingly robust which creates a really great atmosphere. One of the highlights of the film has got to be the “Bohemian Rhapsody” song and it’s truly never sounded better. A great effort here and certainly a step up over the older 5.1 mix.

There’s no denying that Wayne’s World is a modern classic and for some of us a trip down memory lane to a simpler time. Three decades later, I still chuckled at some of the same scenes I’ve witnessed for years. What’s disappointing is that Paramount, a studio who has really knocked it out of the park with their Paramount Presents line, has done nothing new here. It’s the same transfer, same audio mix and same supplements. They essentially designed a new Steelbook cover for it. If that does nothing for you, then I seen no reason to pick this one up – everything is the same as it has been since the initial Blu-ray came out. 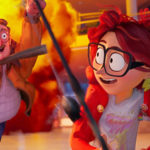 The Mitchells vs the Machines (Blu-ray)
Next Article 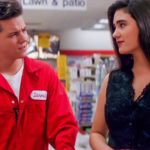