It’s July 1988 in Indiana where we meet Alexis Butler (Alexandra Daddario) and her two friends, Val (Maddie Hasson) and Bev (Amy Forsythe). The friends are driving to a heavy metal concert and on the way, a blue van passes them, with one of the passengers throwing a milkshake out the window which lands on their car. They see the van at the concert and throw a firecracker in it to scare them. Three boys exit the van and after a small confrontation, things seem to be kosher. The three boys are Ivan (Austin Swift), Kovacs (Logan Miller) and Mark (Keean Johnson). Before long, the girls invite the boys back to the mansion of one of their fathers as it is said to be empty. After arriving, they play a game of Never Have I Ever, which reveals things about you if you take a drink or not. It’s shortly after this (and about a half hour into the film) that a big twist is revealed. A twist in which I will not spoil. We’ve seen enough movies to know that something is bound to happen. What that something is may or may not be obvious to some viewers.

I will say that I hadn’t heard a thing of the film prior to watching it and maybe that helped as I found it pretty enjoyable overall. It avoids becoming too predictable even if I knew the general outcome of a few characters or so. Maybe not exactly which ones, but after seeing so many films, it becomes easier to pick who may or may not survive by the time the end credits start. While not perfect, the film breezes by and throws enough at us to keep things involving and interesting. I can’t think of very obvious films this reminded me of, but Red State and Green Room did spring to mind, at least portions of each film. At times it might be a somewhat frustrating experience, but it also kept me on edge through several scenes. While not the most popular film, this deserves a look.

With a 2.39:1 transfer, this one will again make me repeat my usual remarks about the transfer looking pristine and colors all remaining accurate. Details were fine, facial and colors all appeared accurate, with nothing that I recall to note here. For fans and casual viewers alike, this transfer should please them.

Also strong was the HD track which featured a mix of music, action and dialogue, all coming across with strong clarity. There was a pretty broad soundscape here that keeps the track active. Rear channels stayed busy and there was the crispness that I liked.

I’m glad I sat down to watch this as it held my interest and keeps things involving and moving along. Not everything here works, but more than enough does to warrant at least a single viewing. 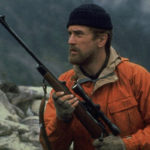 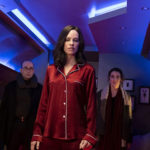