There’s a lot of great television out there and that’s saying something. I’m a guy who watches too many movies (but still enjoy them), but I do like having a reliable television show that I wait for each and every week. That’s changed a bit with Netflix, Hulu and the other subscription-based services as the entire season is released on a certain day and, boom – you can watch a year’s worth of programming over the weekend (if you’re so inclined). But it’s a diamond in the rough that stands out and Westworld, a show based off Michael Crichton’s 1973 film of the same name, is one that blew audiences (and critics) away. Loaded with a great cast that includes Anthony Hopkins, Ed Harris, Evan Rachel Wood and James Mardsen (to name a few), this has been updated for the 21st century and, well, it’s worth a look.

The first few episodes introduce us to the main characters and the general premise of the show. A wild west theme park with robot “hosts” who were built to entertain the guests – in whatever way was required. The “hosts” follow a semi-specific loop allowing their guests do essentially anything they want. And I use the word “anything” with a wink and a smile. Of course there’s more to it than that, but here are some episode capsules for those interested.

The Original
Programmer Bernard detects aberrant behavior in recently re-coded hosts; Dolores and Teddy’s narrative is upended by a mysterious Man in Black.

Chestnut
Two guests arrive at the park with very different expectations; Maeve’s emotions are tweaked; The Man in Black seeks help from a condemned man.

The Stray
Elise and Stubbs search for a missing host; Teddy gets a new backstory; Bernard investigates the origins of madness and hallucinations within the hosts.

Dissonance Theory
Dolores joins William and Logan on a bounty hunt; The Man in Black makes a significant discovery; Ford and Theresa discuss the park’s future.

Contrapasso
Dolores, William and Logan reach Pariah, and are recruited for a dangerous mission; The Man in Black meets an unlikely ally.

The Adversary
Maeve charms Felix; Elsie discovers evidence that could point to sabotage; Teddy and the Man in Black conflict with a garrison.

Trace Decay
Bernard struggles with a mandate; Teddy is troubled by dark memories; Maeve looks to change her script.

The Well-Tempered Clavier
Dolores and Bernard reconnect with their pasts; Maeve makes a bold proposition to Hector; Teddy finds enlightenment, at a price.

The first season actually wrapped up in late 2016 with the Blu-ray and 4K version hitting the shelves just prior to the sophomore season. It’s a taut, engaging series that’s sure to please. About the only drawback is that it’s only 10 episodes which will undoubtedly leave viewers wanting more.

Warner presents Westworld in a 1.78:1 HEVC 4K image that’s literally second to none. If memory serves, this is Warner’s first television series in the Ultra HD format and perhaps one of the first out there period. Each of the episodes have their own unique “flare”, but all somewhat share the same look and feel. The polarized skies, muted color palette and texture all remain consistent throughout. Detail is amazing, colors pop off the screen and some of the costumes look so lifelike you’ll feel like you’re in the old West. The HDR works well here offering a richer, deeper color palette than the Blu-ray’s (also included in the set).

The Ultra HD set brings forth a pretty intense Dolby Atmos soundtrack that leaves little to speculation. It’s a strong and somewhat loud mix that’s sure to engage all the speakers in your setup. Vocals are rich and crisp, directional effects are rampant and the atmospheric sounds do draw the viewer in for some added intensity. Of course, the included DTS HD Master Audio on the Blu-ray’s isn’t exactly bad either, so if you’re not set up for the “next gen” experience, fear not – either way you go you’ll be just fine.

Up to this point, most of the studios have released Ultra HD/4K discs with some extras, however most have remained on their Blu-ray counterparts. I’m pleased to say that with this six disc set (three Blu-ray’s and three 4K discs) the extras are identical, so no need to break out those Blu-ray’s when you want to see the supplements. Hopefully this is a sign of things to come.

Corporate Guidebook – A mock “handbook for the new employees.” Cute.

Westworld, admittedly, is pretty mind-blowing. I had no real interest in getting “involved” in a television show which is why I’d initially shunned Warner’s solicitation to review it. That and it’s about six times longer than the average film, so it would take away from my reviews on the site. But they reached out again and I decided to take them up on it (yeah, I know poor me…). It certainly sets the stage for things to come, has enough supplements to warrant a purchase and it’s a great show to boot. Consider me a fan. 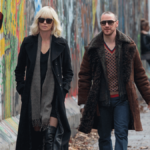 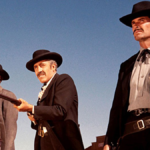