Arrow Video recently released the blaxploitation classic Willie Dynamite on Blu-ray. I have always had a special place in my heart for blaxploitation films. When I was an eleven or twelve-year-old kid I purchased a coffee table size book of blaxploitation posters and film summaries from the local Books-A-Million. I was blown away by all the colorful imagery and it stuck with me. It helps that I also developed an affinity for funk music like the Gap Band around the same time. Although I have grown older, I still get a kick out of those films. With not just a little excitement I sat down last night to watch Willie Dynamite.

Roscoe Orman stars as Willie Dynamite – the coolest pimp in all of New York City. Willie keeps a cleanly shaved head and well-manicured beard. He wears the finest satin, silk, and jewelry. He drives the finest purple car with the license plate that says DYNAMITE. He snorts the finest cocaine out of his wristwatch. Willie hangs out with the other pimps from around town when he isn’t parading his troop of prostitutes into some of the finest hotels and convention centers in town. When another pimp named Bell (Roger Robinson) recommends that all the pimps in the city dole out the turf and become a collective, Willie’s capitalist side takes over. He sees no need to unionize and wants to let his women go wherever they please to get their Johns. When one of Willie’s finest prostitutes named Pashen (Joyce Walker) gets picked up by the police, Cora (Diana Sands) tries to help her. Cora lived a hard life before and wants to keep girls from that life, Cora shows up at Willie’s stylish pad and tells the ladies that they are getting conned by Willie. “He’s wearing mink, and you’re getting rabbit.” Meanwhile, corrupt police pull over Willie and arrest him for “attempted robbery of a grocer.” The cops even tow his car for being parked in front of the station. Willie approaches Cora for talking to his girls. Cora declares herself “a consumer protection agency – a sort-of Ralph Nader for hookers.” Willie can’t see that his empire is beginning to crumble despite all the attacks from every angle.

First and foremost, the costumes in this movie are amazing. Willie’s wardrobe is the star of the picture. I’m not even kidding. Go on Google and look it up. Willie makes Super Fly look underdressed. This film contains some of the most hilariously over-the-top wardrobe decisions ever to grace celluloid and it is all the better for it.

Secondly, the stars of the picture are a lot of fun to watch. Roscoe Orman is great as Willie. He has a smooth disposition that makes the film feel loose and fun even when it tries to get serious in the second half. This performance is also enhanced by the fact that he is best known for playing a character on Sesame Street. I loved the performance by Roger Robinson as Bell. This is some of the finest and funniest overacting imaginable. I laughed every time he was on-screen, which I wish had been more often. Diana Sands is also solid as Cora and the beautiful Joyce Walker handles her role capably.

The music in the film by J.J. Johnson is great. It’s funky and fits the film perfectly. His collaborations with Martha Reeves on the title track and one other track are some of the high points of the film. Director Gilbert Moses does a solid job of directing the film and it feels right like it should feel. The script itself starts off excellent but does suffer some pacing issues after a solid first half. It isn’t like the second half is a snooze-fest, it just drags a little. It is also worth pointing out that this film is one of the least exploitative films from the genre. There is no nudity that I recall and very little in the realm of violence in the film.

Overall, I had a lot of fun watching Willie Dynamite. While it is not as good as Super Fly or as hilarious as Dolemite, it still made me laugh and smile. Fans of blaxploitation cinema will enjoy the flick.

Arrow Video have provided a good transfer of the film using an MPEG-4 AVC codec. The liner notes say:

Willie Dynamite is presented in its original aspect ratio of 1.85:1 with mono audio. The High Definition master was made available for this release by NBC Universal via Hollywood Classics.’ Fine detail is good and grain has been preserved without any over correction. Given that this was not a transfer made in-house by Arrow, I was pleasantly surprised. Fans should be happy with the results.

The audio treatment of Willie Dynamite sounds pretty great for an LPCM Mono track. The soundtrack by J.J. Johnson is excellent and the two tracks featuring Martha Reeves are just plain great. The sound is well-leveled and is not guilty of that annoying soft-loud dynamic present in most films of this type. I was happy with the track overall. 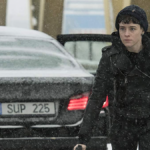 The Girl in the Spider’s Web (Blu-ray)
Next Article 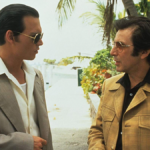