You’ve got to hand it to Hugh Jackman. He seems determined to hold onto the role of Logan/Wolverine for as long as he can. I see no problem with this as he is more than capable in the role. Today the studios seem more than willing to reboot a franchise every few years, but it’s nice to see some consistency with the X-men films. I hate recasting, especially in films like this and I have enjoyed most of the X-men films thus far. After the last Wolverine solo installment (X-Men Origins: Wolverine) was met with mediocre reviews and lackluster box office results, they’ve taken a back to basics approach here. This film completely ignores the last Wolverine outing and follows the events from the third X-man film “X-men United”. As the film begins, we get a thrilling sequence in which Logan (in a POW camp) rescues a man during an explosion from an atomic bomb. The film then shows him living a life of solitude out in the wilderness. He appears scruffy and unshaven and hair down to his shoulders. Yukio (Rila Fukushima) discovers Logan and wants to escort him to Japan where he can reconnect with Yashida (the man he saved during the bombing). Yashida is dying of cancer and hopes to repay Logan the debt he owes him for his life. He tells Logan that he can take away his immortality and make him human again. Right away I could tell that this movie was taking a more sophisticated approach to the Wolverine character. The biggest problem with “Origins” is that it tried so hard to connect the dots to the other films that it lost sight of being its own film. James Mangold is also a much stronger director than Gavin Hood, who directed “Origins”. The film is very deliberately paced, but I never had a problem with it. I also enjoyed the Japan setting and felt it acted as a secondary character in and of itself. The film more than delivers. I’m a huge fan of Mangold’s 3:10 to Yuma remake and he continues to show strong direction here. The action scenes are wonderfully staged and very exciting. There’s a daring action sequence atop a speeding train that’s nothing short of amazing.

Moving forward, I do hope we get more focus on some of the other X-men characters. As much as I enjoy Jackman in the role and the character, there are so many other interesting characters to explore. Wolverine has always remained front and center throughout the majority of the X-men films save for “First Class”. Mangold has gone on record stating that he wanted this film to have some western genre elements (as well as several others). This comes through in many ways such as Logan very much being a loner. He’s taken out of his comfort zone and thrown into a foreign world, but he very much is a stranger to those around him. Logan is very much his own demon in the way that he can only run so far, but can never truly escape himself. The film does have some good villains, but they’re never as memorable as they could be. Svetlana Khodchenkova as Dr. Green/Viper is somewhat interesting, but is more than a little outmatched by Logan. I did appreciate the scenes between Logan and Yukio though. She is a good companion for Logan and they have many great scenes. The film will likely please X-men and Wolverine fans alike. It offers enough action, back-story and nice touches of humor to satisfy. I still prefer Christopher Nolan’s line of “Batman” films and some of the other Marvel films, but this one is better than most. It will be interesting to see where the next Wolverine chapter takes the character.

Note: There’s an extended cut that’s available exclusively on the 3D Bluray disc. It offers some new footage edited into the film. It was nice to see this new footage, but I think either cut works just as well as the other. Some of the action scenes are a bit more violent and there are a few other scenes scattered throughout the film.

From the opening moments I knew I was in for a treat. The AVC encoded, 2.40:1 transfer is first-rate. Colors were consistently strong throughout with immense details. I couldn’t detect a single flaw. The print used was super clean and sharp throughout. There’s a beautiful shot of the skyline with various clouds, each with a different contrast. Facial features showed wrinkles and other marks in various faces. Flesh tones appeared accurate as well. I mentioned the Tokyo setting and that adds some nice touches throughout the film.

The DTS 7.1 HD track is demo quality. You can keep the volume at a low setting and still be pleased. It makes sure to provide an intense experience. The channels all get good usage. Vocals are always clean and strong. The bullet train sequence sounded amazing with the effects showing their true colors. The action scenes all display strong details with swords slashing left and right and bullets flying. There’s plenty of background noise throughout the Tokyo setting and the rear channels handle them nicely. There are a few dream sequences that add some nice detail to the track also.

Here’s the good news: The film arrives on Blu-ray in an extended unrated cut that adds some 20 minutes or so to the film. The bad news is that you’ll have to get the 3D Blu-ray to see this cut. The standard Blu-ray only offers the theatrical cut of the film. Also worth noting is that the extended cut is in 2D only. I find it strange that Fox has taken this route. The 3D version is priced considerably higher than the regular version and it doesn’t make sense to force fans to get that version if they want the extended cut, especially since it’s not presented in 3D anyway. So, this is a 4 disc set with the extended cut getting it’s very own disc. There’s a 3D Blu-ray disc, a theatrical cut Blu-ray disc and a DVD copy along with a digital copy insert. The 4 discs come housed in a black Bluray case tucked inside a paper slipcover. 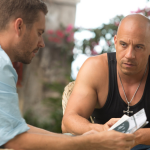