It’s no secret that films based on comic books and graphic novels are a dime a dozen these days, but back in 2000 that wasn’t necessarily the case. I had the opportunity to see the original X-Men movie in Las Vegas while at the VSDA convention and, suffice it to say, we were all blown away. As a long-time reader of the X-Men comic books, I’ve always had a soft spot for our mutant heroes (and anti-heroes) so once the series somewhat wrapped in 2006, the question was what next? As it turns out, there’s no shortage of stories or actors willing to don leather jumpsuits, though the next installment was more of a solo story with X-Men Origins: Wolverine, the most popular X-Man and arguably the most popular super hero out there. With X-Men: First Class, they took a step back, way back, to the 1960’s and the origins of the comic book series itself. Marvel head honcho Stan Lee created the series back in the early 60’s along with other notable titles like Iron Man, Spider Man and The Incredible Hulk all of which are, of course, movies. The question was would it work? Would viewers want to see an X-Men movie without familiar faces like Wolverine, Cyclops, Storm or even the older versions of Professor Xavier and Magneto. Long story short, yes.

Those unfamiliar with the earlier stories of the X-Men comics might not know all the faces, but might know the names. Set in the early 60’s against the backdrop of the Cuban Missle Crisis, X-Men: First Class focuses on a much younger Charles Xavier (James McAvoy) and his search for others of his kind. He’s aware of a young shape-shifter by the name of Raven (Jennifer Lawrence) and of another who can control magnetic forces (Michael Fassbender). Xavier has noble intentions, but for every Xavier there’s someone who’s out for their own good. In this case it’s Sebastian Shaw (Kevin Bacon), a mutant who can harness energy and use it against his enemies (it also makes him eternally youthful) and his partner-in-crime, Emma Frost (a very buxom January Jones). As Xavier starts to assemble what will become the X-Men, sides are chosen and Shaw and company want the world to end in nuclear war so that he might profit from it. This is your classic good vs. evil tale that comic books are so rightfully know for and nowhere is it better personified than in X-Men: First Class.

After seeing the end credits roll, there was no doubt that this was now my favorite X-Men movie. I loved the characters, the story and the writing were all top notch. Plus it was nice to see a new assortment of faces on the screen and I’m glad the writers decided to delve back into the earlier storylines. The film was critically and commercially successful, and you know what that means – X-Men: Second Class. The real scene-stealer was Kevin Bacon as Sebastian Shaw, but every major character seemed to have a depth to them that some of the more recent X-Men movies didn’t. I’m sure that’s the reason for the high critical marks of the movie. Amongst the myriad of films dealing with superheroes, you’ve got plenty of choices but few are as good as this most recent installment in the X-Men franchise. Highly recommended.

When one of your main characters, in this case the White Queen (January Jones), spends the majority of the movie prancing around in a skin tight leather push up bra, you want the picture quality as razor sharp as it can be. Well, I do. It’s been five years since this movie first came out and its Ultra HD/4K release is piggybacking on that of X-Men: Apocalypse. But that’s ok. This is one of those movies that I watch once a year. It’s my favorite X-Men movie and I was curious to see how this new 4K version stacked up to the Blu-ray of half a decade ago. In a word, it meets and exceeds that Blu-ray. As we get more and more 4K titles, both catalog and new releases, there’s a bit more of sampling that we can draw comparisons from. Does this version blow the Blu-ray out of the water? No. But the 2.40:1 HD image is everything we’d expect it to be. The HDR does give an increased color depth to the film, detail looks slightly improved and the overall look of the film seems to have more of a sheen to it than the Blu-ray. Was a 4K version of this necessary? Not at all. But I am glad that they took the time to put this out and it’ll have a permanent spot on my shelf.

Something that internet critics will probably whine about is the lack of a Dolby Atmos track. That seems to be pretty commonplace even for the fledgling format. While I’d hoped for a next generation audio mix, my hopes were dashed when I saw that this contained the same DTS HD Master Audio track as its Blu-ray counterpart. Even more impressive as the video presentation is the DTS HD Master Audio mix. This uncompressed soundtrack is really what it’s all about and every speaker you own will earn its keep during this film. The front stage takes the majority of the action, but the LFE are never far behind. Surrounds are almost always humming away and add a lot of depth to some already impressive-sounding scenes. Vocals are clear and vivid, we get to hear Kevin Bacon’s deep voice resonate in every scene he’s in. On the whole, this is what action movies are all about and certainly they don’t get much better than this.

There’s nothing new in the supplemental department. All of the features are on the Blu-ray with the movie only being on the Ultra HD disc.

X-Men: First Class went back to the roots of the series and it worked. This is my favorite X-Men movie and with good reason, there’s not a lot to complain about. It’s got a lot of new and interesting characters, introduced us to some characters I thought we’d never see in an X-Men movie (Sebastian Shaw to name one) and successfully managed to segue the “old” cast with the “new.” While this Ultra HD is a welcome addition to the 4K family, the lack of a next generation audio mix is somewhat disappointing as are any new supplements. If you don’t own this on Blu-ray, this is the version to get, but otherwise I don’t really see a need to upgrade. 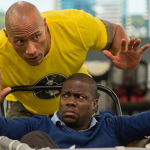 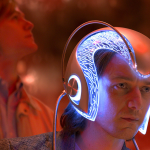