There is certainly an interesting story behind The Zookeeper’s Wife, but that doesn’t necessarily mean it translates into a worthwhile film. While there’s really nothing terrible with the film, it simply lacks a compelling argument for its existence. It tells the true story of the Warsaw Zoo and Jan and Antonina Zabinski who helped save it during the Nazi invasion. We get strong performances from Jessica Chastain and Daniel Bruhl, but the whole affair feels far too sluggish to really satisfy or maintain our interest.

The keepers of the zoo are Dr. Jan Zabinski (Johan Heldenbergh) and his wife, Antonina (Chastain). It’s one of the largest zoos in Europe during the 1930’s. On September 1, 1939, there is an aerial bombardment and the zoo is victim as well. There are several casualties of animals at the zoo and it’s almost completely destroyed as well. We’re introduced to Dr. Lutz Heck (Bruhl) who is the head of the Berlin Zoo and has unclear motives as well. We see the attack of the local Jews as well as they’re singled out in front of their homes and stores.  Eventually we see Antonina and others concoct a plan to seek shelter and form a resistance against the Nazis.

As I mentioned, this story is certainly an interesting one, but the execution here is what’s lackluster. It’s not only a by the numbers film, but also a sluggish one. I wanted to care more, to be more invested, but it left me strangely detached throughout most of its running time. I did enjoy looking at some of the animals, and the look of the film is certainly accurate and well done. It’s just it leaves a lot to be desired. The film can’t help but feel like a missed opportunity.

Contrary to the subject matter, The Zookeeper’s Wife looks beautiful. The 2.40:1 AVC HD encoded image is bright and colorful, showcasing anything and everything that the format has to offer. It has an etherial look and feel to it in certain parts, though flesh tones seem warm and natural. Black levels are strong and consistent and detail is top notch. Universal is known for producing some top notch transfers and this is no exception.

The included DTS HD Master Audio mix is no slouch either. There are a few moments (few and far between as they may be) that really challenge the mix, but it’s a front-heavy soundtrack that left me with little room to complain. Surrounds are used frequently, mainly for the same old thing: additional ambiance. The LFE have a few scenes as well. By and large, this mix satisfies and delivers, just as we’d expect it to.

Well-intentioned to be sure, but The Zookeeper’s Wife mostly fizzles out. It’s too sluggish to keep us with it and there’s not a true sense of panic or threat that we should feel. It’s fine on an acting and technical level, but fails in the way it tells its story. 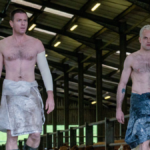 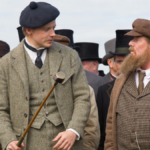