The evil regime of Mugatu (Will Ferrell) must be stopped. You see, he is a fashion expert who just happened to make his fortune by inventing the “Piano Tie” in the mid 1980’s. Ever since then, he has become the world’s leading fashion producer. However, the sweatshops in Malaysia are undergoing a change and threaten the well-being of Mugatu and his empire. Something must be done to stop Mugatu from training an assassin to kill the new leader of Malyaysia. Sadly enough, this plot rivals that of an all-time classic, The Manchurian Candidate; but with far poorer results. We meet Derek Zoolander (Ben Stiller) who is the reigning VH1 (and oddly enough, VH1 produced this film…hmmm) three time male model of the year. But the newcomer, Hansel (Owen Wilson) is threatening the crown that has been held by Zoolander the last few years. Add to the mix that Matilda (Christine Taylor), a reporter for Time magazine, has a thing against male models everywhere and you have a total circus on your hands!

Stiller and Wilson have great chemistry together, and evidently they know it. This is not their first movie they’ve appeared in together. I was also unaware of the fact that this entire movie started as a skit a few years back by Ben Stiller on the VH1 Fashion Awards. Interesting, though it does explain a lot. What we do have here is a talented group of actors, with cameos by some pretty big stars (most playing themselves). Jon Voight plays Zoolander’s father and Vince Vaughn, who doesn’t even have a line; plays one of his brothers. Zoolander has managed to escape from the mining town in Pennsylvania that his father and brothers still work in. To his credit, Zoolander is “really, really good-looking” and has “great bone structure”. His signature moves (looks) include “Le Tigre, Blue Steel and Ferrari” which are all essentially the same look. His new “move”, Magnum, is what everyone is waiting for and will supposedly re-energize Zoolander’s career. Jerry Stiller plays Derek’s agent, who may or may not be in on the scheme to assassinate the new leader of Malaysia.

Though the plot could certainly use a bit of brushing up, and maybe some of Owen Wilson’s writing talents; Zoolander isn’t all that bad. I tried to expand the plot two full paragraphs, but as you might notice, I had some trouble! The casting is great, and if you don’t expect a lot, that’s best…because you won’t get a lot in return. This is one of those movies that you just have a few hours to kill and is good for some cheap laughs. This movie may be one that is better after a few beers too, but that might just be my personal opinion. Will Ferrell, a staple of what it seems is in every other movie released by Paramount, is delightfully over the top here. Owen Wilson is great as male supermodel, Hansel and the title character played by Ben Stiller shows that he does have some great comedic range. Lastly, this movie was also directed and written by Ben Stiller, who took a beating for The Cable Guy, which was the first bump in Jim Carrey’s career (though I personally liked it). Again, it’s not that bad of a movie, just set your expectations “really, really low” and you’ll be fine.

This appears to be the exact same AVC HD transfer that was present on the Paramount Blu-ray and as such, I was anxious to see how this Blu-ray looked in comparison to the previously-released standard DVD. The 2.35:1 AVC HD image isn’t perfect by any means, several of the shots have a bit of grain associated with them, but on the whole it’s a nice-looking transfer. I know Paramount is having Warner do their literal dirty work for them (at a cost, I’m sure) and I don’t know if this would qualify as a high-profile title fitting of a 4K restoration (Criterion are you listening?) but colors are bold and vivid, black levels strong and apart from a few blips here and there, it’s a perfectly suitable Blu-ray of a catalog title.

The same DTS HD Master Audio soundtrack is present here as well. Zoolander has gotten an upgrade in the audio department as well. Gone is the previous Dolby Digital 5.1 soundtrack and in its place is a DTS HD Master Audio mix. Granted, this isn’t the most rambunctious mix out there, but it does have a few moments. I laughed out loud when Zoolander’s “Magnum” look was unveiled (it’s amazing)! Vocals are strong, even Zoolander’s notably quiet voice and surrounds kick in a few times to get the job done. It’s a pretty standard audio affair that should please viewers.

This is a Wal-Mart exclusive and does add two new features to the previously-existing Blu-ray. Everything else is identical.

This is basically a push for Zoolander 2, which hits theaters in a few months. If you don’t already own the Blu-ray, then this is probably the one to get. All of the features are the same except for the two they added to this edition and, truthfully, that doesn’t warrant a purchase. The packaging is pretty neat, you get a coupon voucher to save when/if you see Zoolander 2 in theaters and this adds a UV copy as well. 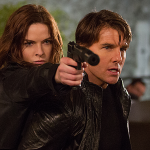 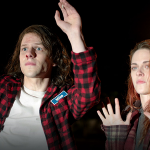