If there’s a textbook definition of “labor of love” then I think that Richard Linklater’s “12 Year Project” certainly takes the cake. Linklater has certainly set the bar high with this little pet project of his and before I delve into it, let me tell you how much I love Linklater as a filmmaker. Nearly twenty five years ago I first saw the movie Slacker. I had no idea what it was about (at the time), but only that I loved it. LOVED IT! A few years later we were treated to Dazed and Confused which introduced the world to Matthew McConaughey and possibly one of the greatest movie characters of all-time – David Wooderson. A couple of years later he began another project of sorts with Ethan Hawke and Julie Delpy with Before Sunrise, the story of two twenty-something’s who meet and perhaps fall in love. He would continue this trilogy nearly a decade later with Before Sunset and once again with Before Midnight. He once again kept the same actors and characters though all three films. So with that in mind, it’s not too surprising that his new film literally follows a family as they grow up before our eyes. Yes, that’s what Boyhood is all about and there’s no denying the grandiose scale. Simply put – it’s unparalleled. The film has been hailed as one of the year’s best by nearly every critic out there, it’s considered to be a shoo in for the Academy Awards and probably the odd on favorite to win Best Picture. Can you say “pressure?”

The film isn’t too thought-provoking in the plot department. We meet young Mason (Ellar Coltrane) as he, his sister, Samantha (Lorelei Linklater, the Director’s own daughter) and mother (Patricia Arquette) try to eek out a living. “Mom” as she’s referred to, has ambitions to finish college, but with two kids it’s just not possible. Trying her best to make things work with the children and her ex-husband (Ethan Hawke), she finally meets a seemingly nice guy in Bill Welblock (Marco Perella). He’s a professor at the local college and has two kids of his own. It’s quickly (to us, though years on screen) shown that he’s an alcoholic whose verbal and physical abuse ultimately become too much for the family. She and the kids escape, she manages to graduate and get her Masters degree and becomes a professor. Of course the Mother’s story takes a backseat to the children who try their best to make new friends all the while moving around Texas. We see struggles, love, loss, drugs, sex and everything else that kids are forced to deal with. Mason and Samantha aren’t each other’s best friends, but they’re forced to rely on one another during some rather rough times. Dad is there…to an extent, but the real “rock” in their lives is their mother. When and how will it end?

As I stated above, there really is no denying the scope of this project. It’s beyond comparison. To have a group of actors that’s willing to give up a dozen years of their lives for a two and a half hour movie is saying something. And it’s not like Ethan Hawke and Patricia Arquette didn’t have anything else going on during that time. Linklater would gather the cast every few months and shoot some film and then they’d all go back to their lives. That’s part of what makes the film have such an emotional connection is that we feel like we’re growing up with them. It’s akin to a documentary in that regard. Hawke is essentially playing a more grown up version of his character Troy from Reality Bites. He’s the once cool guy who got married, had two kids, got divorced and is still trying to find himself. It’s Arquette’s character that probably changes the most and the physical transformations by the children really set the tone of the film.

With all of this said, it does have to beg the question: was the movie any good? Well, now that’s where I’m a bit perplexed. Yes, it’s a good film, well-written and acted and I’ve already touched on the scale of the project as a whole. But is that commitment alone worth all of the praise the film has been getting? Let’s say that it was a film with different actors playing the parts throughout the course of the film – how good is it then? I was asked by my family what I thought of it when I saw it. My response was that it was a good movie with a great premise. And I stand by that. It’s not mind-blowing the way some films are. It won’t change filmmaking, but it does certainly put Linklater up there with some of the premiere filmmakers of his time. There’s no denying that. Should it be seen? Absolutely. Should it win Best Picture? I think not. Then again the Academy did award Best Picture to Lord of the Rings: Return of the King, so they clearly recognize hard work and a passionate commitment to a project. It’s certainly a one of a kind film, for sure and does demand to be seen. Highly recommended.

Richard Linklater was very vocal in one of the supplements when it came to the look of this film. Obviously there have been significant technological advances in cameras over the last dozen years. However Linklater opted to shoot the entire film, from Day 1 to the final scene, with 35mm cameras to maintain a consistent look and feel for the film. It was the right choice. Having said that, Criterion has (and most likely always will) done a fine job with a 2K restoration of this movie. I was curious as to how this would be approached  as one scene kind of falls into the next. We see Mason riding a bike at 9 years old and then in his room with long hair at 11. Flesh tones look warm and natural throughout, the Texas sun seems to give the film a very sun-kissed feeling that’s warm and vibrant. Detail is consistent with what we’d expect, though I hesitate to use the term “new to Blu-ray” on this one. We catch little glimpses of technology throughout the film, be it a cell phone or the cover of a book that does serve as an indicator of time. That said, it looks the part, but with a few little glitches and bits here and there that take it down a few notches from a perfect transfer.

This appears to be the same one as used in Paramount’s release, but I didn’t compare it scene for scene. Still, I’m willing to bet that Criterion used their finances on the video and obtaining new supplements. That being said, Linklater’s films have generally always had good soundtracks. Dazed and Confused had just about every hit from the early 70’s and his School of Rock a decade later was more of the same. The man loves his music.  From the opening credits we’re bombarded with Coldplay’s “Yellow” and in between are treated to a variety of songs from Wilco, Bob Dylan and Gnarls Barkley to name a few. Vocals are strong and crisp, lacking any distortion. Hawke’s raspy voice resonates in pretty much every scene he’s in. The surrounds are present, but don’t offer a whole lot of support. If there’s a textbook definition of a dialogue-driven movie – this is it. Still, the DTS HD Master Audio soundtrack has a few moments, but they’re few and far between.

It’s a tad bit disappointing that Criterion’s disc didn’t contain the supplements found on the Paramount Blu-ray from a couple of years ago. That said, if you’re to choose a version – this one is the one to get, hands down. The picture looks a bit better and while the sound seemed the same to me, the addition of the second disc, the audio commentary and the few hours’ worth of new material makes this an easy decision. 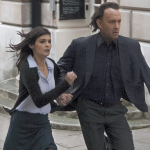 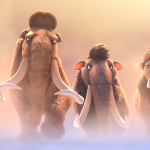