Anybody can tell you that Roman Polanski is a cinematic genius with as much talent as anybody out there. They would have some great films to point to as examples such as Rosemary’s Baby and Chinatown. Some people would extend that blanket statement to his earliest films such as Knife in the Water, Repulsion, and Cul-de-sac. I am still working on my thoughts on this subject, but after seeing two of the three (I have not finished Knife in the Water yet,) I can say that I prefer his later work so far. That does not mean that Cul-de-sac does not have some unique pleasures, it definitely does. I just wouldn’t want somebody to expect it to be of the caliber of some of his later films.

The plot of the film revolves around four characters, only three of which get much screen time. Dickie (Lionel Stander) and Albie (Jack Macgowran) are gangsters that have both been wounded in some sort of a heist. They pull their car up to an unsuspecting couple’s castle located on a beach. Waiting to hear from their boss they become stranded with the couple. Donald Pleasance plays George and the lovely Francoise Dorleac plays Teresa to make up the couple. They have a very strange dynamic. Teresa is an adulteress. George is extremely submissive. Teresa resists Dickie while George tries to win him over through niceties.

Cul-de-sac is a strange film. I grasped all the dark comedic elements and I did enjoy the film for the most part, but it does have some moments that felt a bit flat (possibly the running time could have been shortened by a hair.) That said, I feel confident that I will remember the film for some time to come mainly due to a very strong final sequence. I can say for certain that I liked it much more than Repulsion, but I can not say for certain if I would immediately recommend it to a friend. I will go on record now saying that I enjoyed the film, but did not just absolutely love the film. Perhaps on further viewings it will grow on me. For now, I would highly recommend a rental before a purchase.

Criterion pulled out all the stops on this new MPEG -4 AVC encoded transfer. Depth and clarity are excellent, with both day time and night time scenes crystal clear. Criterion removed numerous instances of dirt and specks on the film, and the results for the most part are exemplary. I don’t think there is any way they could have made the transfer any better than what is presented here. The finale to the film in particular really pops on Blu-ray.

This is a monaural track so it is relatively limited. That said, Criterion have done a solid job in preserving clarity in the audio. There is not really much that would make this track stand out. Music is rarely used and most of the film is dialogue driven. I didn’t notice anything wrong with the track on my viewing, but it isn’t going to rock anybody’s socks either. Criterion continues to stay true to the source material.

Roman Polanski has made many films that are much better than this, and Criterion has many better releases out there. At the end of the day, Cul-de-sac is pretty good, but I am not sold on it being great. Criterion have provided an excellent transfer of the film, but the extras were (although incredibly interesting) much shorter than their standard releases. If you are a fan of the film, this is the version to own. If you have not seen the film, I would recommend a rental. 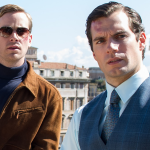 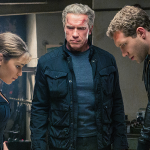