What happens when a country refuses to admit that the war it is waging is wrong? What happens when a country refuses to end a war simply because it would be shameful to admit defeat? In the case of Vietnam, the war would drag on through five Presidencies in some measure and cost countless North Vietnamese lives and thousands of American lives in the process, with no strategic purpose other than a policy of containment. Hearts and Minds is essentially a post-mortem on the Vietnam conflict. Directed by Peter Davis, who had worked as a documentarian for CBS News for seven years prior, this film is an early predecessor to extremely opinionated documentaries that would be made by filmmakers like Michael Moore years later.

Cobbling together footage from the conflict, alongside interviews with wounded veterans, interviews with key people like General William C. Westmoreland (who served as commander of the forces in Vietnam from 1964-1968,) Walt Rostow (aide to Kennedy and Johnson,) Clarke Clifford (Secretary of Defense under Johnson,) Daniel Ellsberg (source of the Pentagon Papers,) and J. William Fulbright, and archival footage of Kennedy, Johnson, and Nixon – this film gives a good overview of some of the most important voices that shaped America’s most tragically misguided conflict. It truly is amazing who they were able to get in front of the camera. This film can be graphic at times – showing children in North Vietnam that have lost their father, naked children with napalm on their skin running from a conflict, the beating and killing of North Vietnamese. It is unflinching in promoting hatred of the war, and it is nothing if not effective.

This film drew a lot of criticism upon release for cherry picking what it decided to show. Long interviews may have been used to only show somebody’s prejudice or lack of understanding for the other side. This can be seen most clearly in the footage that was used from Westmoreland’s interview, where only his least intelligent remarks seemed to make their way onto the screen. 9Thankfully the supplements show much more of the interview, revealing much more of what he said and felt.) One scene in particular in the film shows a Vietnamese prisoner with his hands behind his back as he is shot in the head. This is the same footage as the incredibly famous picture that is most associated with the conflict. The back story of that photo is much more complicated than most people know. This photo shows Nguyen Ngoc Loan, South Vietnam’s Chief of Police, execute Nguyen Van Lem. Lem had executed with malice the wife and six children of a Vietnamese officer when they would not give him keys to a tank. There are two sides to the story and this film only paints one picture. I tend to agree that this conflict was a terrible quagmire and should not have ever happened, so this point of view does not offend me.

This documentary is rough, but I was up to the task of taking it all in. Overall, it is a great document of the war. Watching Lyndon Johnson and other key figures during their most important moments was great for me. Watching the sadness that was caused by a war that morally had lost its compass at times was very difficult to handle. The biggest misstep of the film is that Peter Davis interjects some footage of racist clips of films or football culture into the midst of everything. This would preempt later documentarians to do similar things like Michael Moore, but it is also the weakest material in the documentary. When the documentary sticks to the footage and interviews and allows the viewer to decide for himself, it is most effective and most damning of the war. For fans of the time period and interested in the conflict, I recommend checking it out.

Hearts and Minds arrives on Blu-ray courtesy of Criterion in its original aspect ratio of 1.85:1, encoded with MPEG-4 AVC and granted a 1080p transfer.

From the liner notes:

This high-definition digital transfer was created on a Spirit DataCine from the Academy Film Archive’s restored 35mm interpositive, which was produced under the supervision of director Peter Davis and cinematographer Richard Pearce. Thousands of instances of dirt, debris, scratches, and splices were manually removed using MTI’s DRS, while Digital Vision’s DVNR was used for small dirt, grain, and noise management.

As can be expected, video quality varies, jumping from archival footage to interviews to footage on the ground. Overall, I think that the film has been preserved to the best of Criterion’s abilities. This does not have the digital sheen of modern documentaries but instead the raw 16mm look of documentaries at this time. Fans of the film will be pleased and I can not see any documentary fan disliking the results.

The only track available on this release is a English LPCM 1.0 track. From the liner notes:

Outtakes – presented here is footage which was shot by director Peter Davis and his colleagues but was not used in Hearts in Minds.

Hearts and Minds is a heartbreaking indictment of an unjust war. The overall point of the film is that our country can not be so obsessed with winning that it loses sight of why it is fighting. This is not a perfect film due to some childish missteps like showing footage from older films. These missteps draw the viewer out of the film every time. This film is an obvious predecessor to the incendiary films of Michael Moore that would come decades later. This is obviously cherry picking to make a point, but as a work of art it succeeds at making the point. I would say that I may enjoy Errol Morris’s The Fog of War a little bit more, but this film has stood the test of time as an excellent document of a terrible tragic time in our country. On top of the film, Criterion has done a remarkable job on the video and audio transfers and the supplemental materials are extensive and very interesting. The supplemental materials are as interesting as anything shown in the film and could have been released as an entirely separate documentary. History buffs are going to be amazed when they see the additional couple hours of interviews and the full audio commentary for the release. Given the historic quality of this release and the value of the supplemental materials, this release comes highly recommended. 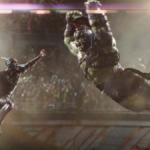 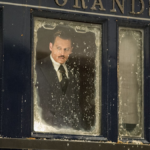