I have always tried to be an adventurous filmgoer. If I feel like the subject matter is important enough, I can handle some pretty dreary topics. That is why I bought Steve McQueen’s film Hunger with every intent of watching it about half a decade ago. Every time I was about to watch it, I just could not bring myself to do it. The subject of the film is the brutality of Northern Ireland in the early Eighties during “the Troubles.” The film focuses for a majority of its running time on the hunger strike by Irish Republican Bobby Sands inside the Maze prison. It is as horrific and hard to watch as you might expect given the grave consequences of starving oneself. This last week, I finally gathered the courage to watch the film.

The movie begins with this text:

“Northern Ireland, 1981 – 2,187 people have been killed in ‘the Troubles’ since 1969. The British Government has withdrawn the political status of all paramilitary prisoners. Irish Republicans in the Maze Prison are on a ‘blanket’ and ‘no wash’ protest.”

As the film begins, Raymond Lohan (Stuart Gordon) eats breakfast, checks underneath his car for a bomb, and drives to meet up with the other guards at the Maze prison. He is not above beating the occasional prisoner. A prisoner, Dave Gillen (Brian Milligan,) is brought into the prison. When he claims that he refuses to wear the clothes of a criminal, he is forced to strip naked. He is beaten (but it is not shown.) He arrives in a cell where another man serving twelve years sits, Gerry Campbell. The cell walls are covered in food waste and excrement.  The men intentionally empty their urine out the bottom of their doors into the hallway outside their cell at the same time as the other prisoners each night. When Bobby Sands is brought in, he fights the guards who bring him in. He is beaten. Prison beatings of naked men take place and a cycle of brutality and violence harms the guards and the prisoners. While the police that work there are killed outside the prison walls by Republican nationalists, Bobby Sands goes on a hunger strike to try to gain the prisoner’s rights as political prisoners. It is obvious that he will be a sacrificial lamb since he will be the first person to go on hunger strike and once he dies there will be a two week break before the next man goes on hunger strike. After a heartfelt discussion with a priest (Liam Cunningham) about his reasons for proceeding, he proceeds with his plan and denies himself food. He was on hunger strike for 66 days.

There are very few films that will be ingrained permanently in my mind. Hunger is one of the hardest films imaginable to watch, and I imagine that I will remember it the rest of my life. It is very well shot with unconventional imagery that conveys a lot more emotional depth than it would sound like if described. Images like a long pan shot over the floor of a prison where urine has been mopped. When Bobby feels sickness from his hunger strike they juxtapose images of birds migrating from trees to induce nausea sensations. It is not a normal decision and it works remarkably well. When Bobby meets with the priest, the shot is essentially static for twenty eight pages of dialogue that McQueen had the actors memorize and do in one take. These type of decisions showed the artistry of Steve McQueen who would win the Oscar a few years later for 12 Years a Slave. All of his capabilities can be seen in this earlier film.

Michael Fassbender gives the performance of a lifetime. He lost an incredible amount of weight to do this film and it is painful to watch. Fassbender took ten weeks to lose the necessary weight and reduced his diet to a gut-wrenching 600 calories a day. It is frightful and unforgettable. This transformation would mean absolutely nothing if he didn’t have the chops to emote. No audience will watch this film without feeling the pain and the nausea of Bobby Sands. The final sequences recall the finale of The Passion of Joan of Arc in their evocative imagery.

This is no doubt a hard film, but despite all the male nudity and brutal violence it is not an exploitative film. The subject matter is tough and the main message of the film seems to be very human: that all of this was preventable. If you can tolerate the hardness of the subject matter, this film is a true artistic achievement.

Criterion have continued to refine their process in the last half decade since this was released and have begun to do 4K scans which look fantastic. I sat and watched this film on my Ultra HD Blu-ray player and 4K television, and it still looks fantastic if you ask me. The transfer was made using an MPEG-4 AVC Encoding of a 2K scan of the 35MM print. Criterion are some of the best in the business and this transfer is as good as any they have put out. This film is artistically done and despite the lack of an abundance of color, it looks fantastic. That said, the level of detail only heightens the grotesque nature of the story, so be prepared for the images to affect you.

Similar to the video, this DTS-HD Master Audio 5.1 track is very high quality. This is a film that relies more on the absence of sound than sound itself, with silence allowing the viewer to take in the small sounds that come from one’s life. The 5.1 mix is active, but not in  a way that really could show off one’s speakers. It is used to immerse the viewer in the world of the Maze prison and into the world of Bobby Sand’s body as he deteriorates. Sound is most prominent in the last quarter where you could literally hear a pin drop if viewing with others. Great work by Criterion that is very subtle.

Hunger is the hardest film that I have watched this year. It is also thoroughly engaging, has an absolutely incredible performance, is shot beautifully, and is as artistic as any film I have seen this year. Criterion have provided some great supplements, including a great BBC program, but those on the film itself are not extremely long or in-depth. The visual and audio transfers are excellent. Overall, this is hard to recommend purchasing prior to a rental, but fans of the film should be more than pleased with what they receive here. 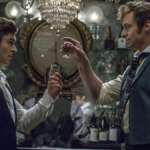 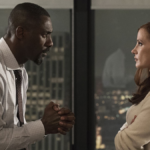