In the world of Hollywood, there comes the race of one idea coming from more than one studio and who will be left standing when the smoke clears. A few years ago, everyone was going crazy in a duel of movies about author Truman Capote. In the end, the film that has less of an all star cast and shot wide won out and as a result it capped an Oscar for Philip Seymour Hoffman while the other film Infamous came out a year later to no fanfare despite being shot on a smaller scale with a bigger cast such as Daniel Craig, Gwyneth Paltrow, Sandra Bullock, Isabella Rossellini and Sigourney Weaver. What both of these movies had in common was its focus and that was from his most famous novel where it told the true story of a small town, one family and two killers. Shot in 1967 with strong groundbreakers such as Bonnie and Clyde, The Graduate and In The Heat of the Night, one film based on Capote’s research under the direction of Richard Brooks surfaced at that time filmed in black and white with the crimes committed In Cold Blood.

Perry (Robert Blake) and Dick (Scott Wilson) are two drifters who meet up chatting how to score a major crime. One of them gets the hint that one house is stashed with a lot of riches at a farm in Kansas. The plan is laid out and the acutrements are collected. They strike one night to that farm but what results out of that night changes their two lives forever and leads a search to get to the bottom of just what exactly happened that night.

Orson Welles was once quoted as saying “Black and White is an actor’s friend!” and cinematic proof of that comes across right here during In Cold Blood. The environment it cold, the situation is disturbing and it takes a subtle approach not going for style over substance but letting the facts speak for itself with all that happened portrayed accurately and shot by cinematographer Conrad Hall even one scene indoors while rain pours down plays a key scene of significance right down to the real life locales of this story.

The acting by everyone in this film is first rate and one year when you share in the likes of Dustin Hoffman, Rod Steiger and the smiling convict of Paul Newman that its tough to top let alone nominate as this film garnered no recognition for any of its acting but should have. Robert Blake and Scott Wilson play a pair who with each minute counting down raise the fear as those characters with the unpredictability factor of the audience has no idea of what their actions will be.

With all of that, this film holds up with its less is more approach without being obvious and even though the score that is used at the right time was nominated, the filmmakers chose the right time to use it and when not to use it. In this year of 2009, the film still manages to have that chilling effect that it had when it got first released and that shows the true test of greatness and Brooks and Co. do the job and do it well. Many films (including this year) have that element of the audience already knowing what happens based on fact but the trip taken on the big screen is one that is captivating, hookable and extremely well done and In Cold Blood is just one of those many great examples.

Having seen this movie on a variety of formats, it was amazing to see this new 4K restoration on the Criterion Blu-ray. I’ve always said how amazingly beautiful 2.35:1 black and white films look on a widescreen television and this takes beauty to a whole new level. To call this “black and white” is an understatement, as this new transfer seems to have so many shades of grey in between that, in many ways, it’s like watching the film for the first time. A majority of the scenes take place at night or in dimly lit situations and they’re not compromised in the least. Contrast is strong, black levels aren’t compromised in the least and it’s yet another feather in Criterion’s hat as this looks flat out spectacular.

The jazzy score by Quincy Jones gives the film a unique sound, for sure. Criterion has given this film a new DTS HD Master Audio soundtrack that really ups the ante when it comes to music and dialogue. Vocals are crisp, there are no instances of any hiss or crackling that I’ve heard in other versions of this movie. While a comparison with today’s modern films would’t be fair, suffice it to say that this is, by far, the best the film has ever sounded.

Though the events of In Cold Blood took place before my time, I’m from Kansas and actually know a few people from Holcomb. It was and still is a very haunting  event and one that still impacts the lives of the town nearly fifty years later. Richard Brooks’ film has been given the royal treatment by Criterion and this is, by far, the most definitive version that exists. A new 4K restoration and upgraded sound along with a plethora of extras make this one a no-brainer. 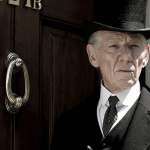 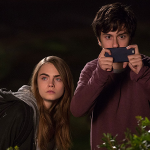