A couple years ago, the first film I reviewed for Blu-ray Authority was Jean-Pierre Melville’s Le Cercle Rouge. This was no accident. Jean-Pierre Melville is inarguably one of the greatest film directors to ever live. He is also one of my personal favorite filmmakers and professional heroes. Aside from being considered The Godfather of the French new wave (Les Enfants Terribles, Le Silence De La Mer) Melville was one of the greatest noir filmmakers. He was an expert at both heist films (Bob Le Flambeur, Le Cercle Rouge) and films about hardened criminals (Le Doulos, Le Douxieme Soufflé.) The first film I saw by Jean-Pierre Melville was his 1967 masterpiece, Le Samouraï. It started a love affair with his films that continues today.

Le Samouraï revolves around a solitary hit man named Jef Costello (Alain Delon.)  Jef lives alone in a nondescript apartment with only one unique feature – his pet bird he keeps in a cage. The film follows Jef as he sets up his alibi with his beautiful girlfriend Jane (Nathalie Delon) for a specific time period and arranges to join a group of card players later that night to also be seen in public. After making arrangements, he goes to a nightclub named Martey’s and proceeds to kill Martey in the back room. While leaving, he is seen exiting the scene of the crime by a beautiful jazz pianist (Cathy Rosier.) When the police do a dragnet they pull Jef in for a lineup, but his alibi is corroborated by three witnesses: the pianist, Jane, and Jane’s client that believes he saw Jef exit her room at 1:45 while he was just showing up. This alibi is not satisfactory to the commissioner (Francois Perier) who believes the alibi to be too tidy. He makes it very clear that he will find a way of proving Jef pulled the trigger. Meanwhile, Jef’s employers get worried that he was brought in for questioning and they decide to double cross him. Jef must outwit both sides of the law if he wants to survive.

Le Samouraï truly is a classic film. Alain Delon is the epitome of cool as Jef. Very rarely is somebody so handsome and charming an excellent actor. Delon is all three of those things. The influence of this one character is obvious in later films where the heroes are soft-spoken but carry a violence inside them. Many have tried to replicate Delon’s calm, cold, and quiet demeanor in the film and the closest to succeeding are Ryan Gosling in Drive or Chow Yun Fat in The Killer. This archetype was born in this film, and the world is better because of its existence.

On top of the extraordinary acting by Alain Delon, the film finds Jean-Pierre Melville in top form. It is funny to sit here and call this a masterpiece while not necessarily considering it his ultimate masterpiece. For myself, Le Cercle Rouge is my favorite of his films, but on any given day I could easily switch that answer out for Le Doulos or Le Samouraï. They are all excellent films. These are films that can withstand numerous viewings with growing admiration. Melville knew how to deliberately pace his thrillers to have long patches of silence where the audience is left with their own thoughts. Melville knew that you did not always need a high body count for a film to be thrilling. Modern directors could learn a lot from revisiting his films and figuring out that an audience can be patient and then the rewarding ending can feel so much greater.

The cinematography of the film by the amazing long-time collaborator Henri Decae is excellent with the camera showing a Paris that never sees an Eiffel Tower. It’s a Paris of subways, apartments, nightclubs, and ever-present rain.  If you have seen other films shot by Henri Decae (The 400 Blows, Le Cercle Rouge) you should know you are in for a real treat. The music is only present occasionally, but the organ music by Francois De Roubais complements the film perfectly..

At the end of the day, Le Samouraï is just plain great. Add it to your collection and start watching all of Melville’s films. He does not disappoint. I loved rewatching this.

Criterion have released Le Samouraï in a new 1080p transfer with an MPEG-4 AVC codec. Criterion has held off on releasing Le Samouraï for years on Blu-ray and now that it is out, the biggest question is whether or not it was worth the wait. The answer is a resounding yes, but there are some minor issues as well. While much of the new transfer looks absolutely extraordinary (the scene in which Jef meets the other hitman on the bridge in broad daylight looks absolutely unbelievable), there are some issues with grainy picture during a significant portion of the night-time scenes. Therefore, the picture sort of fluctuates between jaw-dropping and so-so. As a fan, I will still say this is by far an away a much more pleasing transfer than the old Criterion DVD (which looked great at the time) and well worth the upgrade.

Audio is presented in a French LPCM Mono track. The mix itself although relegated to the two front channels has a good amount to offer in clarity. This film is probably the most silent of Melville’s films, with the main character hardly saying any lines. That does not mean that the mix is neglected. Whenever the organ music by composer Francois de Roubais enters the mix, it sounds beautiful and engrossing. It elevates the visuals of the film. Melville understood sound design enough to appreciate silence, and Criterion knows how to make that silence sound great with excellent clarity and lack of hiss. Well done.

I had been waiting for years for Criterion to go ahead and release this one on Blu-ray. Now that day has come and Criterion has done an excellent job with the material providing the same great supplements and substantially improved video and audio. What are you waiting for?it is Jean-Pierre Melville’s Le Samouraï in high definition! Go buy it now! 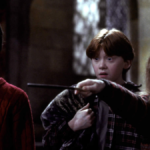 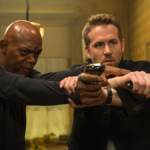