As I begin writing this review, it is Easter Sunday. I am about to get my two kids dressed so that we can catch an Easter service with the rest of our family. I have not been to any church service in a couple years, although I am a practicing Christian. As I was looking through my movies to review, I realized I had not yet watched this Melville film, and given the subject matter – a crisis of faith during the German occupation of France – I thought it would be good for reviewing over Easter weekend.

The film is fairly easy to describe. Emmanuelle Riva plays Barny, an avowed atheist with a half Jewish daughter. The setting is war torn occupied France, and Barny works at a letter censoring post. She is put into peril with her daughter, fearing the Germans will figure out her daughter’s heritage. Meanwhile, the men in her small town have left to fight in the war, leading her to begin to have feelings for a beautiful girl in her office named Sabine. One day, on a lark, she decides to visit with a young priest in the town named Léon (played by the fantastic Jean Paul Belmondo.) Her hope is that she can bewilder him, but instead she finds him interesting and they begin to have theological debates and conversations. She finds herself becoming a Christian, but her heart desires to seduce to priest.

This film has at its core two love stories. One story is the love of Barny for Léon and her desire to make him her husband, and his love for her. The other love story is that of Léon for the Lord. The film manages both of these stories tactfully. It is easily one of the bet films I have seen dealing with dueling ideologies (atheism vs. Christianity.) The only film I can think of that deals with these subjects as openly would be Bergman’s The Seventh Seal, and theologically it pales in comparison to the questions that Barny asks Léon.

In many ways, this is Melville returning to some of the themes he had visited in Le Silence De La Mer. The film is shot similarly, with shadows and light taking prominence like a noir film. Both films share the same time period and setting of occupied France in World War II. Both films use ambiguity to allow the viewer to choose what they believe.

Léon Morin, Priest is at the end of the day a very good film, easily one of the best films revolving around religion and the questions that it raises. It is not as exciting as Melville’s other films, but the acting by Riva and Belmondo is top notch. This is a film that would be well placed in a theology course, or could be used well for training those entering seminary. One of the things most refreshing about the film is that the character of the priest in the film is pious and unflinchingly Christian. Over the years, portrayals of religious figures has veered closer and closer to demonization, with religious figures always revealing themselves as hypocrites. Seeing a character that may have flaws and human emotions but still centered on Christ was refreshing, especially on Easter.

Criterion did an excellent job on the transfer of the film. The movie retains a good amount of grain to leave in details. Depth and clarity are excellent. The black levels are excellent. This transfer is nearly perfect in regards to faithfulness to the source. That said, there are some times where the image is a bit soft, sometimes softer than I think it should have been. I was very impressed overall, if not completely blown away. Set your expectations accordingly.

This is a monaural track so it is relatively limited. That said, Criterion have done a tremendous job in preserving clarity in the audio. The dialogue is crisp and clear. Honestly, this is a dialogue driven film with most of the action in the film taking place in conversations between a penitent priest and his subject, so the film is very quiet. Overall, this is another excellent transfer by Criterion.

Léon Morin, Priest is a very good film about subject matter that can be incredibly divisive. Regardless of your religious slant, the film excels in its tolerance of beliefs. It also is a fantastic love story starring two great French actors. That said, the appeal of the movie for repeated viewings is limited due to its heavy subject matter. Criterion have provided a solid transfer and the supplements are good albeit a bit sparse. Recommended! 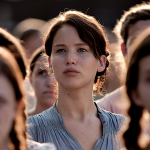 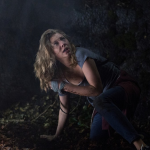