Calvero (Charlie Chaplin) has entertained the masses for years, but his career is coming to its conclusion. His days as a dance hall comedian have been memorable, as he has been a major star for the duration of those years. His star shone brighter than most could even dream of, perhaps one of the most famous clowns of all time. But time has passed him by it seems, as a new generation of entertainers is poised to take the stage. Calvero has no wish to overstay his welcome, but he does want to end his career with dignity, as well as one last great sweep. His life has an empty space and in order to fill that void, he thinks a run at one final curtain call is needed. But his comeback is somewhat mediocre, as his material is still solid, but the audiences have changed and its harder to keep them laughing. He soon meets a young ballet dancer named Terry (Claire Bloom), who tries to take her own life. Calvero prevents her from doing so however, which sparks a friendship and special bond between the two. This event also stirs something inside of Calvero, who now has added drive within himself. But as he bravely storms the stages once again, will he fall flat in the end, or dazzle the crowds one last time?

This is by no means the finest work of cinema genius Charlie Chaplin, but for dedicated fans of his work, Limelight is a terrific feature. The film might not be as parallel with his own life as he might have envisioned, but it is a stunning, candid look inside his own self, which means Limelight packs a strong emotional punch. As usual in these kind of movies, some obvious cliches unroll to pull a few tears, but this is not the typical tearjerker, not even close. Chaplin’s trademark elements are in place and well executed, from his excellent direction to the great performances to the wonderful comedic set pieces. Limelight isn’t an all out laugh overload, but as always, Chaplin was able to weave together comic moments with genuine emotion. So to quote the old movie adage, you’ll laugh, you’ll cry, and you’ll experience all the stops within. The cast is superb here, starting with Chaplin’s superb effort, then Claire Bloom’s excellent turn, not to mention the gifted supporting players. The film’s critics claim Chaplin is too self serving with Limelight, which is a valid critique, but he never takes things too far and in the end, the movie remains effective in all respects. Is Limelight flawless? Of course not, but Chaplin had set such a high watermark for his own work, you come into the movie expecting sheer perfection. So explore some of his other works, then check out Limelight, as the movie is better with some Chaplin experience.

Chaplin’s usual level of physical comedy isn’t on showcase in this picture, but he does offer some memorable moments. In truth, for a man of his age, he does some impressive stunts in Limelight. So he might not have been in his prime here, but you can tell he is still on his game, just to a lesser extent. This is still more drama than you’ll see in most of Chaplin’s projects, but if you’ve seen a number of his pictures, you should know what kind of mixture to expect from Limelight. There is enough comedy to keep things light at times, but Limelight is a human drama, so don’t expect pure slapstick here. Other films with Chaplin include City Lights, The Great Dictator, Modern Times, The Circus, and Monsieur Verdoux. The cast also includes Claire Bloom (Clash of the Titans, The Haunting), Nigel Bruce (The Woman in Green, Julia Misbehaves), and Buster Keaton (The General, The Spook Speaks).

Those that remember Warner’s DVD effort in the early 2000’s might have been, well, disappointed. But this classic is now in the good hands of the folks at Criterion and let me assure you, it was well worth the wait.  For what it’s worth, here’s the included text regarding the transfers:

This new restoration was undertaken by the Criterion Collection in collaboration with the Cineteca di Bologna. For the restoration, a new digital transfer was created in 4K resolution on an ARRISCAN film scanner from the 35mm original negative at L’Immagine Ritrovata in Bologna, Italy. Thousands of instances of dirt, debris, scratches, splices, and warps were manually removed using MTI’s DRS, while Digital Vision’s Phoenix was used for small dirt, grain, noise management, flicker, and jitter.

What all of that means is that this is about the best Limelight has ever looked. The black and white image is strong, contrast is rock solid as are black levels. The aging Chaplin now showcases wrinkles and less hair, but it’s a testament as to how good the transfer is that we can pick out such details.  This isn’t perfect, by any means, but it’s such a noticeable improvement over the previous effort (even that Studio Canal version) that it’s nearly a night and day difference.  Criterion has taken Chaplin’s other great works (The Great Dictator, City Lights, The Gold Rush and Modern Times) and has done them justice and now it’s time that Limelight, well…take a turn in the spotlight. A superb effort.

A new “feature” of the previous Warner DVD was the addition of a Dolby Digital 5.1 soundtrack. I can only imagine the folks at Criterion who probably laughed and then said “Uh, yeah, we’ll do it right this time.” The only sound mix included is a standard LPCM mono mix, but don’t let that fool you – it sounds pretty darn good. Granted with only one channel, the experience is limited, but it actually has a richness to it that I’ve not heard on a lot of mono tracks. This is a fine effort and it’s nice to see the film with its original soundtrack.

Norman Lloyd – Lloyd, who played Bodalink in the film, gives his thoughts on the film, the director and his relationships with the other actors. This was filmed in 2012 and is exclusive to this Blu-ray.

Limelight might not be the best of Chaplin’s films. For me it’s Modern Times. The one that gets all the attention is, of course, City Lights. But the thing about Chaplin is that there’s bound to be something for everyone. Criterion has done a terrific job with all of their Chaplin titles and this is no exception. Fans will love the improved A/V quality as well as the wealth of supplements. This one is a no-brainer. 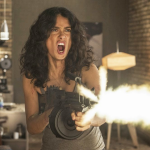 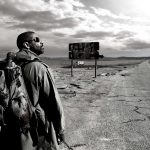