I am a big fan of the Criterion Collection. I have tried my best to religiously watch about a movie a week from the collection over the last few years in a feeble-minded attempt to see lol of the films that have been given a spine number. Collecting appeals to my obsessive nature and Criterion have exploited me for hundreds of dollars. That said, it overwhelmingly has been money well spent. Most of the collection is so rewarding and different that it can make one feel like they know more about the world. A good example of a film that I probably would have never been exposed to without the collection is Nicholas Ray’s 1950 drama, In A Lonely Place.

In A Lonely Place follows a famous and bristled screenwriter, Dixon Steel (Humphrey Bogart) who is known for his violent outbursts and brilliant screenwriting. When we first meet Dixon he gets into a confrontation driving and loses his temper, and throughout the rest of the film it always seems like he may lose it again at any point. His agent gives Dixon a book that the studios would like to have adapted. Dixon meets an extremely ordinary office temp named Mildred that had been reading the novel. To avoid having to read the novel, he asks her to accompany him and give him a summary of the book. She obliges and they have a couple drinks and she comes to his apartment for a nightcap before Dixon becomes tired and sends her away in full view of his neighbor, Laurel Gray (Gloria Graham.) Dix is rudely awakened the next morning by Detective Brub Nicolai. Brub had served under Dixon in the war, but he had come there to let Dixon know that Mildred had turned up dead in a canyon and to take him down to the station. At the station, Dixon is interrogated by Captain Lochner who believes that Dixon killed the girl. At the same time, Dixon meets his attractive blonde neighbor Laurel and they begin to fall in love. As they fall in love, the question of his innocence remains in the background and they both become paranoid of each other’s actions.

In A Lonely Place is a beautifully acted film. It is absolutely one of the most melancholic films I have seen in quite some time. Director Nicholas Ray was separated during the filming from the lead actress, Gloria Graham, whom he had married. Their off screen sadness made its way into the film and lends itself to one of the most realistic depictions of marital collapse that I have ever seen on film. Bogart produced the film and obviously cared deeply about the subject matter. He is incredible in the film and is capable of breaking any audience member’s heart.

Anybody interested in realistic depressing cinema should check this one out. It is essentially the 1950s equivalent of Blue Valentine.

Criterion have provided a brand-new transfer from a new 2K scan of the original 35mm print, and it really shows. As is usual with black and white films, the shadows and light are well-defined. The dark levels are spot on. There are no noticeable scratches or dust in the print and fine detail is spot-on. The movie is not as visually striking as similar films of the time such as Sweet Smell of Success, but it doesn’t rely heavily on tricky visuals to deliver the gut punch of seeing Bogie’s facial expressions. Another solid transfer by Criterion.

Like the video, this English LPCM mono track is very high quality. There is nothing bad to report whatsoever in this department although dynamic range is limited as you would expect. Dialogue is incredibly clear and crisp and the score by George Antheil is very effective. Given that this is a dialogue heavy film, there is not much here to point to in ways of immersion. Criterion have done a magnificent job at removing all traces of hiss. Solid.

In A Lonely Place is a heart-breaker. Nicholas Ray turned the horrible turns of his marriage to Gloria Graham and let it fuel the rawness of his film. Gloria Graham used her raw emotions from the relationship and turned in a fantastic performance. Humphrey Bogart is fantastic in the film. This is a good example of why the Criterion Collection is so obsessive a passion of mine. I would have never sought out this film if it were not presented to me by Criterion, but I cannot foresee this film being forgotten any time soon. I highly recommend that you check out this release by Criterion that also includes some fantastic supplements. 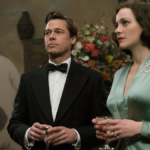 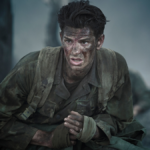