I have not been shy about my opinion of Godard in the past. I have mentioned before my opinion that he is the most overrated director out of the entire crop of new wave directors. I believe Truffaut and Melville are much better film makers, and many of the Italians are much better. With Godard, there are the very good films (Breathless, Contempt, Band of Outsiders) the decent films (Vivre Sa Vie, Weekend,) and the not so great failed experiments (2 or 3 Things I Know About Her, Every Man for Himself.) That said, since my last review of a Godard film I have seen two of his films, Band of Outsiders and Pierrot Le Fou and I thoroughly enjoyed both. So, for the Godard neophytes, Pierrot Le Fou is probably my second or third favorite Godard film.

Like most Godard films, the film does not have much in the way of a plot. Ferdinand (Jean Paul Belmondo) leaves behind his rich wife and two children to live a life of adventure with Marianne Renoir (Anna Karina.) They leave the city and hustle or attack people on their way down to beautiful Southern France. Marianne and Ferdinand talk about random emotions and books and artists. Meanwhile, they are embroiled in some sort of a scheme involving money and hired killers.

The film is actually probably the most entertaining of all the Godard films I have seen thus far with the exception of Breathless. The plot may be paper thin, but it still has enough of a surreal and funny quality to it that I wanted to know what would happen next. As per usual with Godard, the film is filled with pretentious quotes that hold not much in the way of meaning for me personally, but in this case it did not bother me or come off as too forced. Godard’s experiments with form – free flowing script, occasional musical moments, surreal violence and noir- actually come together in this film.

The stars of the film are excellent with Godard staples Belmondo and Karina in the roles of the two star crossed lovers. Honestly, Belmondo is simply one of the most entertaining actors of any generation, and he delivers the goods in the film – radiating cool. Karina is also great in the film.

One of the reasons that the film works so well is the setting of the film (Southern France) and the cinematographer (Raoul Coutard.) This is a great compliment to Coutard’s work on Le Mepris, with all sorts of beautiful hues and colors. Any fan of film should love Coutard, and he is doing some amazing work in this film.

At the end of the day, this is a Godard film. For me, that means it can be a bit of a mixed bag of things I love and things that annoy me. This film, overwh

This is an excellent transfer from Criterion. Color reproduction, clarity, and depth are all excellent. Fine detail is also solid. Raoul Coutard’s cinematography in the film is incredibly lush and brings southern France to life. Honestly the film looks incredible on Blu-ray and made me feel as if I had just gone on vacation by the end of the film. I will be revisiting this transfer in the future, time and time again.

Similar to the video, this French mono track is very high quality. There is nothing bad to report whatsoever in this department although dynamic range is limited as you would expect. I can’t think of anything that would make this track stick out, but I also did not detect any problems with the track.

Pierrot Le Fou is one of Godard’s most entertaining films. It’s some sort of freewheeling crazy beautiful dream of a film. I think that this would be a great film for anybody who enjoyed Breathless to watch second. I am glad to own it and would recommend picking up a copy. This is easily some of Godard’s best work and the Criterion Blu-ray is really top notch with beautiful video and some excellent supplements. 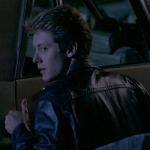 Jack’s Back (Blu-ray)
Next Article 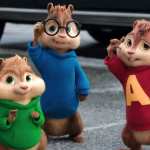